2014 promises to be a busy year for WMO and the meteorological, climatologic and hydrologic community with several important conferences and events planned.

The World Weather Open Science Conference (WWOSC) will be held in Montreal, Canada, from 16–21 August. The overarching theme of the event is “Seamless Prediction of the Earth System: from minutes to months.”  It is co-sponsored by

the International Council for Sciences, Environment Canada and the National Research Council Canada. The Conference will feature a Science Program and a User, Application and Social Science Program that will be joined through combined plenary and special sessions.

WWOSC 2014 promises to be a landmark event that assembles, for the first time, the international weather science, technology, forecasting, service, and weath­er-sensitive stakeholder communities. An important emphasis will be on building the next generation of scientists and practitioners – accordingly, a WMO-funded travel support program for young partici­pants, with priority to developing country attendees, has been established. The deadline for submission of abstracts and requests for travel support is 24 February.

The Gender Dimension of Weather and Climate Services: The Benefits of Working Together

WMO will host its Third Gender Conference from 5–7 November. Women and men may be affected differently by climate impacts, and should, therefore, benefit from more contextualized climate services for resilience. They should also enjoy equal access to available climate information. At a time when WMO and its partners in the GFCS are forging ways to provide such user-driven, custom-tailored weather and climate information, it is essential to hear the voice of men and women, both as users and providers of climate services, with regard to their needs, gender specific issues, and possible approaches of addressing them.

The Conference will address the gender issues related to adapting to climate variability and change in the four initial priority areas of the GFCS. It will explore how to ensure that climate services are user-friendly, taking into equal account the needs of women and men in the areas of health, food, water and disaster risk reduction and their respective roles.

As part of the implementation of the WMO Policy on Gender Mainstreaming, this Conference will advance analysis of the gender dimension of weather and climate services. It will also amplify the decision taken at 18th Conference of Parties (COP 18) of the United Nations Framework Convention on Climate Change (UNFCCC) to advance gender equality and improve the active participation of women in climate action. It will further be in line with the consideration of gender equality, women’s rights and women’s empowerment, in the context of the post-2015 sustainable development agenda as well as contribute to the preparation of the Declaration and Platform for Action (Beijing+20) in 2015.

The 3rd International Conference on El Niño will be held in Guayaquil, Ecuador, from 12–14 November. The theme of the event will be "Bridging the gaps between the Global ENSO Science and the regional processes, extremes and impacts." The Conference will review the progress on global El Niño-Southern Oscillation (ENSO) and regional processes in order to improve the prediction of ENSO and its related regional impacts.

The event, organized by the International Research Center on El Niño (CIIFEN), is very relevant to the implementation of the GFCS. The participation of national meteorological and hydrological services and users in the initial priority areas of the GFCS will be essential to ensure an efficient development of the GFCS Implementation Plan.

Today’s youth will benefit from the dramatic advances being made in our understanding of Earth systems and from breakthroughs in forecasting weather and climate. On the other hand, they will also experience the increasing impacts of global warming all of their lives. This year’s World Meteorological Day theme of “Weather and climate:  Engaging youth” is a call to action for young people. WMO and its Members want to encourage youth to learn more about our weather and climate system and to contribute to action on climate change.

With this objective in mind, WMO has revamped the Youth Corner on its website. The more dynamic, user-friendly site describes the function of WMO in simple-to-understand language and explains key issues relating to weather, climate and water. The new site uses a responsive design to optimize viewing and navigation on a range of devices – from laptops and desktops to smart phones and tablets. Currently online in English, French and Spanish, the site will be made available in the six official languages of the UN. WMO welcomes suggestions and input to enhance its dialogue with young people and to reach out to weather enthusiasts, those concerned by climate change and a new generation of potential meteorologists, hydrologists and climate scientists.

World Meteorological Day, 23 March, falls on a Sunday, therefore, the WMO Secretariat will celebrate it on Monday, 24 March. Some 100 secondary school students are expected to attend at WMO headquarters. They will meet meteorologists, a weather presenter from a Swiss television station and have a live link with a research station in Antarctica. Two of the students will address the audience at the official WMO ceremony.

The theme for the World Day to Combat Desertification on 17 June is “Land belongs to the future, let’s climate proof it!” Over the last 50 years, weather patterns in many regions have changed profoundly. First, the weather has often become more erratic; for example, rains are starting or ending earlier or later than usual. Second, out-of-the-norm weather events have become more powerful and more frequent as well as expanded to more areas. As a result, productive land is being lost faster than ever before through processes such as soil erosion, soil fertility loss, ground water depletion and changes in vegetation cover.

With the livelihoods of over two billion people dependent on half a million small-scale farmers, food security has become an important international concern. It is one of the priority areas to be addressed by the Global Framework for Climate Services. Mankind must act quickly to contain this downward spiral. Resources need to be channeled towards promote sustainable land use methods that preserve the land’s productive elements and towards developing tailored and useful climate services for farmers.

The newly established Integrated Drought Management Programme, co-sponsored by WMO and the Global Water Partnership, aims to address the intensification of droughts expected in the 21st Century in many regions by building climate resilience, thereby contributing to alleviating poverty in drought-affected regions of the world. Many partners have recently expressed interest in joining the Programme, including the Food and Agriculture Organization of the United Nations (FAO) and the United Nations Convention to Combat Desertification (UNCCD).

The XXII Olympic / XI Paralympic Games – “Sochi-2014” – will be held in Sochi, Russian Federation, on 8–23 February and 7-16 March, respectively. Roshydromet (the Russian Federal Service for Hydrometeorology and Environmental Monitoring) will provide hydrological and meteorological support and services to ensure the safety of the guests and participants and the smooth running of the Games.

The city of Sochi is located at approximately 44°N, 40°E on the Black Sea coast. Sochi Olympic venues are separated into two clusters: a coastal cluster for ice sport competitions and a mountain cluster for snow sport events. 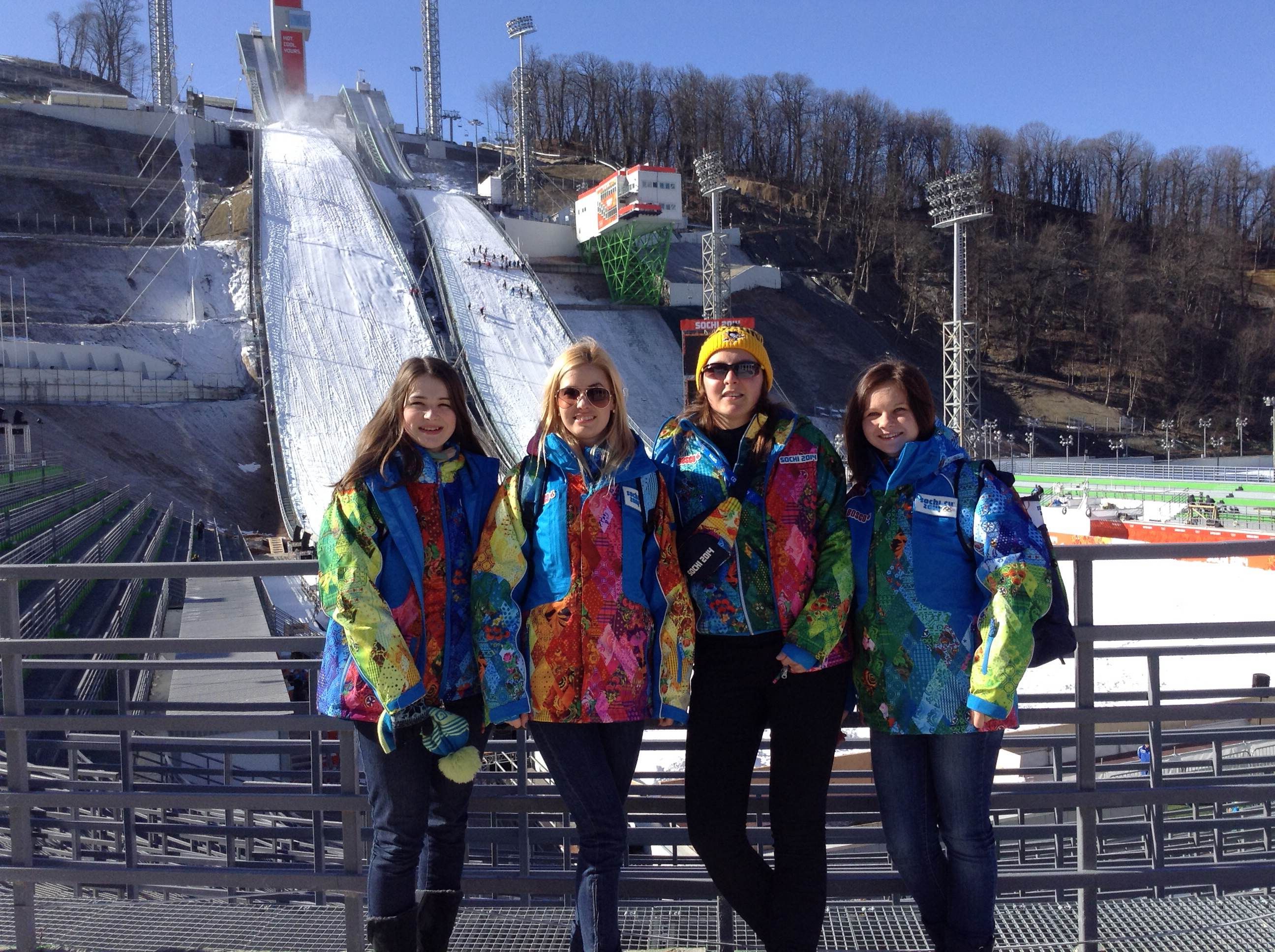 Roshydromet, supported by the international meteorological community, is responsible for three main activities: meteorological services, avalanche risk advisories and environmental pollution monitoring. Roshydromet is also providing aviation meteorological forecasts to ensure the safety and efficiency of air transport during the period of the Olympic Games.