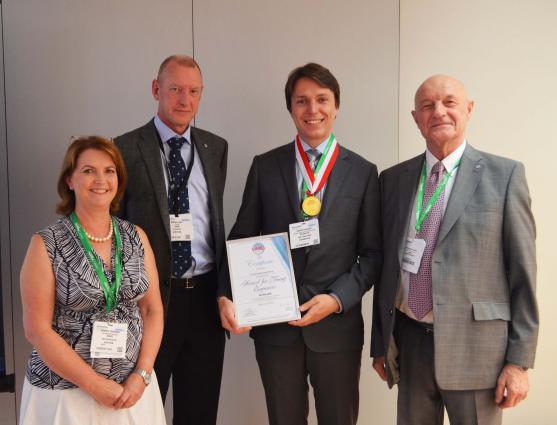 A panel of judges from the industry and WMO selected Dr Denis Kiselev, co-founder of Plair SA, as winner of the 2016 Hydro-Meteorological Equipment Industry (HMEI) Award for Young Engineers. He won the award for his work in the field of hydrometeorological and other environmental systems and services development in HMEI member companies.

HMEI has a consultative status with WMO and promotes the views of the private industry providers of products and services in the meteorological, hydrological, environmental and related fields.