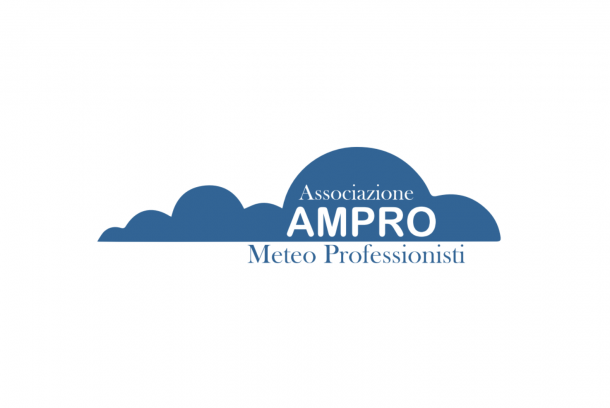 Italy and Greece are the only states in Europe in which the National Hydrometeological Services are not civilians, but military.  The Italian Military Air Force  (Servizio Meteorologico dell’Aeronautica Militare Italiana) is responsible for all meteorological and climate activities, including public forecast and warnings on television, radio, in the press, etc. To this day, the word “Meteorologist” in Italy remains synonymous with Colonel of the Italian Military Air Force. The civil meteorologist, whether he worked in the public or in the private sector, remained a shadow figure, recognized neither by other organizations nor the people. That changed in 2019 when the first Italian Professional Weather Association (AMPRO – Associazione Meteo Professionisti) was funded in Italy.

AMPRO’s entry requirements had to be very stringent in order to exclude a multitude of aggressive private individuals, often improvised meteorologists and climatologists, and a multitude of weather-enthusiasts who announced themselves as meteorologists. AMPRO followed the WMO Guide to the Implementation of Education and Training Standards in Meteorology and Hydrology, volume I - Meteorology (WMO Pub no.1083) for its entry requirements. The qualifications defined therein assure that AMPRO’s membership would be restricted to Meteorologists and Meteorological Technicians of high competence and professionalism. Access to AMPRO is only possible for those who obtain a specific private Certification (DEKRA), realized by a group of meteorologists and officially announced in Bologna in March 2016, or those who follow pre-established (2018) academic path. Italy’s Permanent Representative to WMO has declared both the modalities in terms of training and experience as adhering to what is required by WMO.

Thanks to the WMO Guide, it is therefore possible to build a path for the recognition of meteorologists as a profession and to create a professional association for meteorologist, which must comply to stringent consumer protection laws in Italy (Law 4 / 2013). AMPRO’s work has just started, the aim is to make the initiative public and innovative. We are eager to share and exchange knowledge with similar groups in other countries who wish to create, or have established, professional associations based on the WMO criteria.