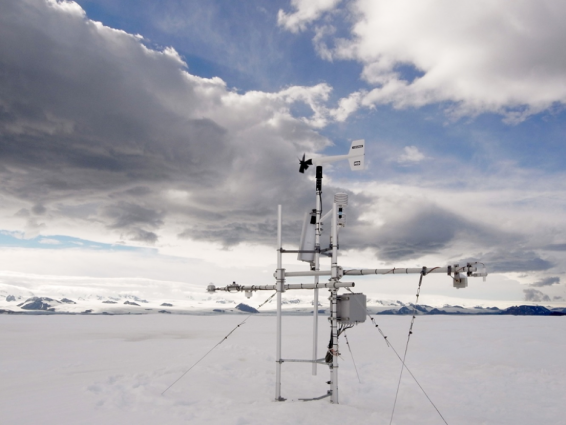 Since 2007, the WMO Commission for Climatology (CCl) has maintained the Archive of World Weather and Climate Extremes: wmo.asu.edu. This Archive contains the official records for global and regional extremes for temperature and other weather variables.  When a new record extreme occurs, an international panel of experts evaluates the data associated with the extreme and recommends whether or not it should be included in the Archive.

On 23 March 2015, an automatic weather station on Davies Dome in the northern part of Ulu Peninsula, James Ross Island, Czech Republic, recorded a temperature of 17.9°C (64.2°F).  This observation was recorded a day before the current accepted record of 17.5°C (63.5°F), observed at Esperanza Base, Argentina, which is in the same general Antarctic location.  Consequently, a panel of polar meteorology experts from seven countries carefully examined the Davies Dome data to determine if its observation would be the new accepted record for continental highest temperature of the Antarctic Region.

The committee finding suggested that the temperature sensor at Davies Dome was heated to around 0.9°C above the true air temperature by a combination of high solar radiation (coming both directly from the sun and also reflected from the underlying ice surface) and low wind speed. The adjustment of 0.9°C (1.6°C) follows an evaluation of a secondary analysis of equipment and data at another Antarctic location (Johann Gregor Mendel Station), coupled with results from past published research (e.g., Genthon et al. 2011, J. Atmos. Ocean. Tech., 28(12), 1598-1605).

Consequently, pending new evidences in the future, the CCl Archive of Weather and Climate Extremes maintains the highest temperature for the Antarctic continent (defined as the main continental landmass and adjoining islands) will remain the extreme of 17.5°C (63.5°F) recorded on 24 March 2015 at the Research Base Esperanza. Such diligence and careful analysis demonstrates the importance of developing and maintaining the best possible database of extreme weather and climate conditions throughout the world.