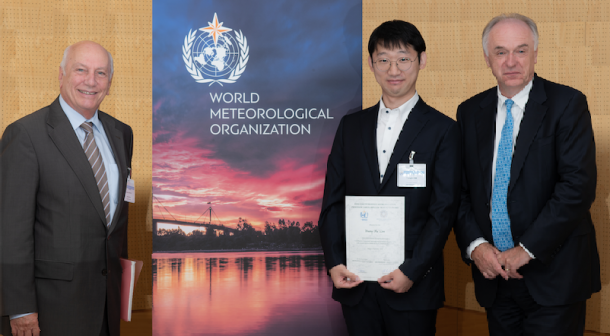 Dr Antonio Divino Moura of Brazil was nominated for the International Meteorological Organization (IMO) Prize for his outstanding work in meteorology and climatology and scientific research. He will receive the award at a ceremony in 2019.

The winner of this year’s WMO Professor Mariolopoulos Trust Fund Award is Dr Young-Ha Kim for his paper entitled: Contributions of equatorial wave modes and parameterized gravity waves to the tropical QBO in HadGEM2 published in the Journal of Geophysical Research: Atmospheres.

The World Meteorological Organization was the recipient of the 2018 LUI Che Woo Prize Award for Welfare Betterment. This year's Prize focussed on the reduction of the impact of natural disasters. Winners were announced on 24 August in Hong Kong, China. WMO Secretary-General Petteri Taalas will collect the award at a ceremony in early October.