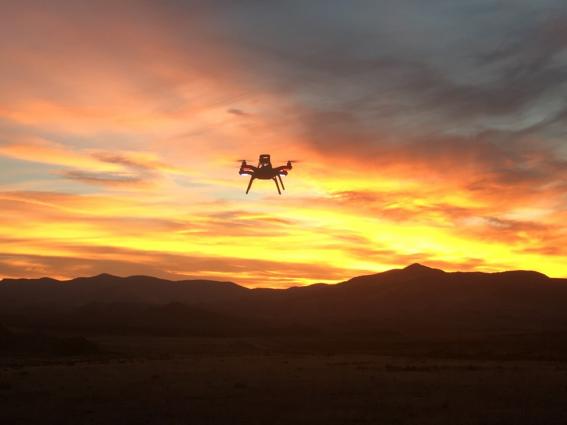 WMO organized a Kick-off Meeting for a global demonstration campaign on Uncrewed Aircraft Systems (UAS) in January that attracted 80 participants interested in taking part. The demonstration campaign follows a decision of the Commission for Observation, Infrastructure and Information Systems (INFCOM) in April 2021. Under the coordination of the Joint Expert Team on Aircraft-Based Observing Systems (JET-ABO), WMO is developing the terms of reference, scope and plan for the UAS Demonstration Campaign, which is expected to take place from March to August 2024. WMO is calling for interested Members to join the campaign, which will incorporate both copter and fixed-wing uncrewed aircraft.

The primary aim of the campaign will be to demonstrate the capability of UAS to provide data of sufficient quality and reliability on a routine operational basis. Additionally, it will identify any gaps in their ability to meet requirements for upper-air observations as a component system of the WIGOS Global Basic Observing Network (GBON). However, the full scope of the campaign is still being fully elaborated and will be subject to the endorsement of INFCOM and its relevant Standing Committees.

Following the WMO Workshop on Use of Unmanned Aerial Vehicles (UAV) for Operational Meteorology, 2-4 July 2019, Toulouse, France, there is a real potential for UAS to play a role in operational meteorology as a component observing system in the next 5 to 10 years. UAS are not a new technology and they have been used in research campaigns and for specific non-operational meteorological, hydrological and environmental applications and observing campaigns for several decades now. However, in recent years, these systems have moved much closer to achieving the technical capability to function with near full autonomy and to provide accurate measurement of many key weather variables, including air temperature, humidity and wind. Additionally, with the advent of low-cost componentry and efficient energy solutions, the cost of such systems and their production and operations for use is gradually decreasing. The use of drones and small unpiloted aircraft is also increasing and broadening to accommodate a range of applications and roles in other sectors. Another attraction of such observing platforms is their reusability and low environmental impact. The aims of the campaign are to demonstrate these capabilities and identify any gaps and deficiencies.

Given that the campaign aims, there will be an important role for data users and researchers, particularly in numerical weather prediction. Both will access and make use of the data both during and after the campaign to assist with analysis and measurement of data quality and impact.

A data representation standard and associated processes will enable data provision by participant UAS operators will also be a critical component. The campaign will leverage recent work in the development of the WMO Information System (WIS) version 2.0 and improved techniques for data exchange and access by data users.

The involvement of the International Civil Aviation Organization (ICAO) and national airspace regulators and managers will also be important to provide permissions and ensure correct adherence to regulatory requirements by operators.

An important outcome of the campaign will be to analyse results from all components of the end-to-end system, including UAS operational performance and capabilities, quality of data outputs, impact on user applications and the environment and regulatory aspects.

A WMO Community Platform site has been established for the UAS Demonstration Campaign and the WMO has commenced communication with Members and other potential participants and partners regarding their possible involvement in the campaign.

WMO can be contacted about the campaign at the following email address: uas-demo@wmo.int