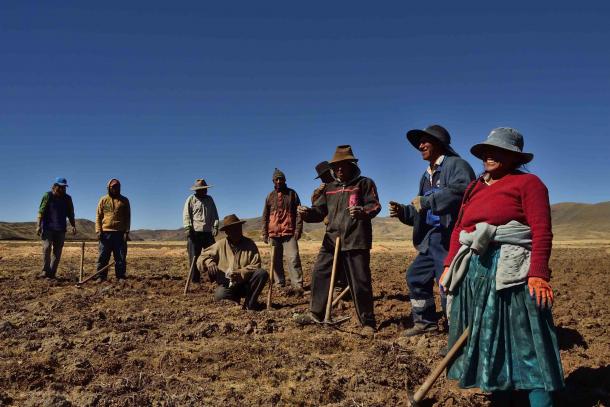 As a collaborative initiative between WMO and the two national meteorological services, SENAMHI Peru and MeteoSwiss, supported by the Swiss Agency for Development and Cooperation, Climandes has trained professionals and students in meteorology and climatology through the WMO Regional Training Centre (RTC) in Lima. The project has effectively linked climate service providers and users throughout Phase I and II of its implementation.

With Climandes nearing completion at the beginning of 2019, project partners MeteoSwiss and SENAMHI have released a Synthesis Report entitled “Designing User-Driven Climate Services” which highlights the user engagement component of Climandes as a success story in Peru and provides lessons learned that could help with the design of similar initiatives in developing countries and countries with emerging economies.

The project’s two-stage approach to set up a GFCS User Interface Platform (UIP) enhances the dialogue that moves data to decisions. The first stage provides robust evidence for action while the second stage translates that evidence into practice.

Stage I involved surveys with hundreds of small-scale farmers in the southern highlands of the Peruvian Andes, which are characterized by dry winters, occasional frosts and sensitivity to El Niño. Smallholders’ climate vulnerability was assessed in terms of exposure, adaptive and coping capacities, as well as the current use of climate information. It became clear that the main barriers to utilization of climate information are lack of acceptance, access, comprehension and accuracy.

Stage II consisted of adapting specific forecast and warning products and, most importantly, monthly climate field workshops in two agrarian communities during the growing season 2017/18. The workshops established a continuous feedback mechanism, sensitizing farmers about the use of weather and climate information and evaluating the impact of the project. Results indicate that the user-participatory approach succeeded in overcoming key factors limiting the use of the scientific information and notably increased trust in the meteorological service SENAMHI.

This two-stage process is translated into a checklist for practitioners, scientists and policy makers.