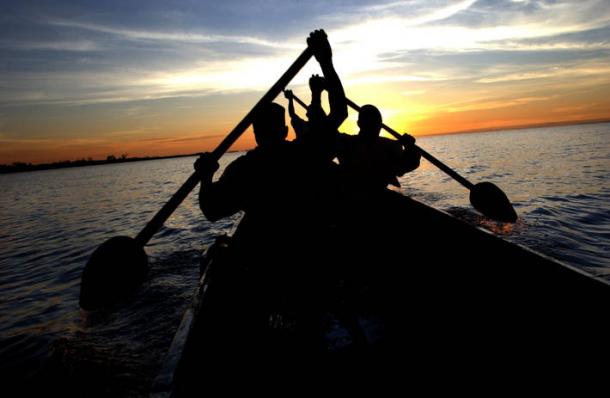 A new analysis released in July by the Food and Agriculture Organization and more than 100 collaborating scientists projects that by 2050 climate change will have altered the productivity of many of the planet's marine and freshwater fisheries, affecting the livelihoods of millions of the worlds' poorest people.

The report highlights the productive potential of fisheries in exclusive marine economic zones (EEZs) — those 200-mile wide swathes of land-adjacent ocean territory that every coastal nation has special rights to exploit — could decline less than 12 percent on average.

The planet's critical but often-overlooked inland water systems — which include five of the world's least-developed countries among its top 10 fish producers and provides 11.6 million tonnes of food for human consumption each year — will also be affected.

These impacts are linked to changes in water temperature and pH levels, shifts in ocean circulation patterns, rising sea levels and altered rainfall and storm patterns causing species to change their distributions and productivity, corals to bleach, and aquatic diseases to become more common, among others.

The projections appear in an analysis report entitled Impacts of climate change on fisheries and aquaculture: Synthesis of current knowledge, adaptation and mitigation options. As the most comprehensive publication on climate change and fisheries ever assembled, the report includes a series of case-studies focuses on challenges — as well as adaptation solutions already being explored — in 13 major marine areas ranging from the Arctic to the Mediterranean. Other key chapters provide adaptation toolboxes and options to help countries cope — in ways that will also allow them to meet their adaptation commitments to the Paris Climate Agreement.