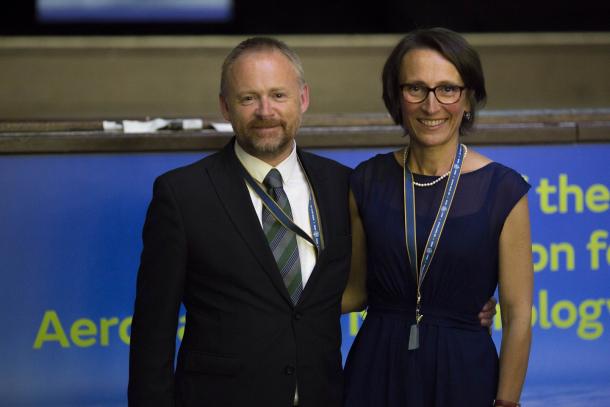 The WMO Commission for Aeronautical Meteorology (CAeM) held its sixteenth session from 24 to 27 July in Exeter, United Kingdom. Hosted by the Met Office, the session focused on reviewing progress over the last four years and setting priorities for the next intersessional period. Accomplishments included progress made in the implementation, by WMO Members, of the quality management system and the competency and qualification of aeronautical meteorological personnel, significant progress in the Aviation Research and Development Project, advancement of volcanic ash science, and support to the International Civil Aviation Organization (ICAO) in the establishment of a global space weather information service for aviation.

160 delegates representing all WMO regions helped the Commission set its priorities to meet the rapid change in the aviation industry. This demands the accelerated transition of meteorological science and technology from research to operations and science to services to support aviation users. CAeM also considered its close working relationship with ICAO.

Attention was given to the increasing prominence of the private sector for collaboration, along with academia. The impacts of climate change and variability on aviation operations, including extreme weather events, was also highlighted as an increasing challenge. The session emphasized the need to close gaps in service provision, especially in developing countries, through capacity development efforts.

The session reflected upon the ongoing dialogue within WMO concerning the reform of its constituent bodies, and the need to ensure that the important work being undertaken by the Commission (or its successor) in supporting the delivery of the aeronautical meteorology programme is sustained, in full alignment with the strategic and operating plans of WMO.

The Commission elected its new officials: Mr Ian Lisk from the United Kingdom as its President and Ms Stéphanie Desbios from France as its Vice-President. The Commission also selected its Management Group where, for the first time, a majority of the group is female.

All information relating to the CAeM-16 session and TECO is available here: http://meetings.wmo.int/CAeM-16/