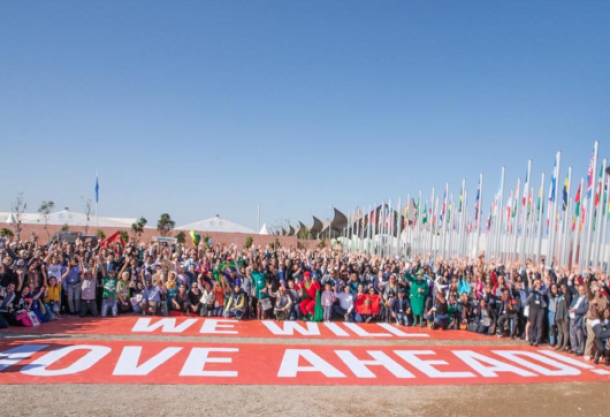 The Conference of Parties (COP22) to the United Nations Framework Convention on Climate Change (UNFCCC), held in Marrakech, Morocco, from 5 to 18 November, focused on the implementation of the Paris Agreement on climate change. Countries pledged to accelerate global climate action across a broad range of areas and set a deadline of 2018 to complete the rulebook for operationalizing the Paris Agreement, which entered into force on 4 November.

Mindful that the Paris Agreement aims at limiting the global temperature increase to well below 2°C above pre-industrial levels while pursuing efforts to hold it at 1.5°C, WMO officially submitted two reports to the Conference: The Global Climate in 2011–2015 and the WMO Greenhouse Gas Bulletin. In addition, the Conference of Parties of the UNFCCC for the first time gave high-level political backing to the WMO-hosted Global Climate Observing System (GCOS). Its decision calls on all governments to work towards the full implementation of the GCOS Implementation Plan.

In its submissions, WMO underlined that atmospheric concentrations of carbon dioxide had passed 400 parts per million in 2015; that 2011-2015 was the hottest five-year period on record, with a clear human influence on extreme weather; and that 2016 is very likely to be the hottest year on record, with temperatures approximately 1.2° Celsius above pre-industrial levels.

COP22 adopted the “Marrakech Action Proclamation for a new era of implementation and action,” which recognizes the global momentum on climate change and sustainable development action by governments, businesses, investors, sub-regional government and cities. The Proclamation calls for the highest political commitment to build on that momentum so that climate action can fully support the achievement of the Sustainable Development Goals for the benefit of people and the planet.