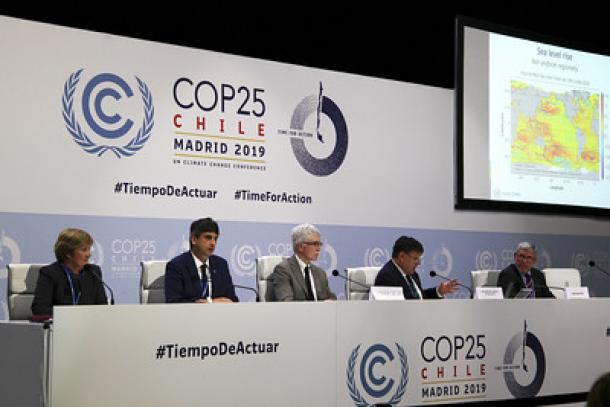 The WMO provisional statement on the State of the Global Climate in 2019 was released at the United Nations Climate Change Conference. It reports that the global average temperature in 2019 (January to October) was about 1.1 °C above the pre-industrial period.

With this, 2019 marks the end of a decade of exceptional global heat, retreating ice and record sea levels driven by greenhouse gases from human activities. Average temperatures for the five-year (2015−2019) and ten-year (2010−2019) periods are almost certain to be the highest on record. It is also on course to be the second or third warmest year on record, states the report.

Concentrations of carbon dioxide in the atmosphere hit a record level of 407.8 parts per million in 2018 and continued to rise in 2019. CO2 stays in the atmosphere for centuries and the ocean for even longer, thus locking in climate change.

“On a day-to-day basis, the impacts of climate change play out through extreme and ‘abnormal’ weather. And, once again in 2019, weather and climate related risks hit hard. Heatwaves and floods which used to be ‘once in a century’ events are becoming more regular occurrences. Countries ranging from the Bahamas to Japan to Mozambique suffered the effect of devastating tropical cyclones. Wildfires swept through the Arctic and Australia,” said WMO Secretary-General Petteri Taalas.