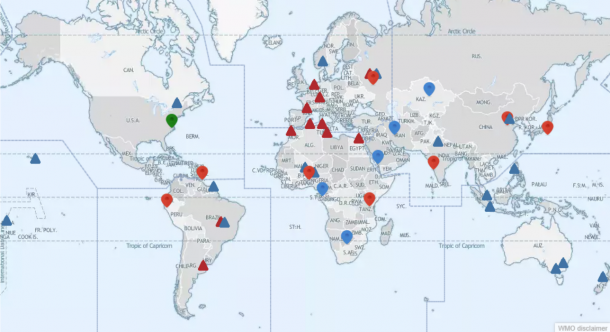 The Southeast Asia Regional Climate Centre Network(SEARCC-Network) demonstration phase, which started on 7 November 2017, has opened the door for seasonal climate services and products to support the region’s NMHSs.

A number of standard RCC products can be accessed through the demonstration site: ccrs.weather.gov.sg/sea-rcc-network. Over time, these products will be enhanced and more will be added to better meet the requirements of the region’s NMHSs. In 2018, the RCC will explore the Climate Watch System and the issuing of advisories to alert NMHSs and end users. Relevant climate anomalies for the region include heat waves, drought, or excessive rainfall.

At a later stage, the RCC will expand its work to cover climate projections as well as outlook and monitoring products on the sub-seasonal timescales. The region would also like to have finer resolution, skilful seasonal predictions; the viability of which needs to be assessed. Given the challenges in sustaining a wide spectrum of products and services, the development and operationalisation of these products needs to go hand-in-hand with other regional initiatives.

The setting up of the RCC-Network for Southeast Asia is a timely and critical development to ensure increased awareness and prepared- ness for climate related calamities in the region’s NMHSs. The SEA RCC-Network presents a good opportunity for pooling resources among NMHSs to enhance climate services.