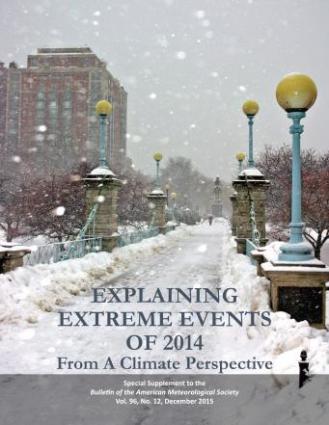 Human activities, such as greenhouse gas emission production and land use, influenced specific extreme weather and climate events in 2014, including tropical cyclones in the central Pacific, heavy rainfall in Europe, drought in East Africa and stifling heatwaves in Australia, Asia and South America, according to a recent report. “Explaining Extreme Events of 2014 from a Climate Perspective” addresses the natural and human causes of individual extreme events from around the world in 2014, including Antarctica.

In this year’s report, 32 groups of scientists from around the world investigated 28 individual extreme events in 2014 and looked at various factors that led to the extreme events, including the degree to which natural variability and human-induced climate change played a role. When human influence for an event cannot be conclusively identified with the scientific tools available today, it means that if there is a human contribution, it cannot be distinguished from normal climate variability.