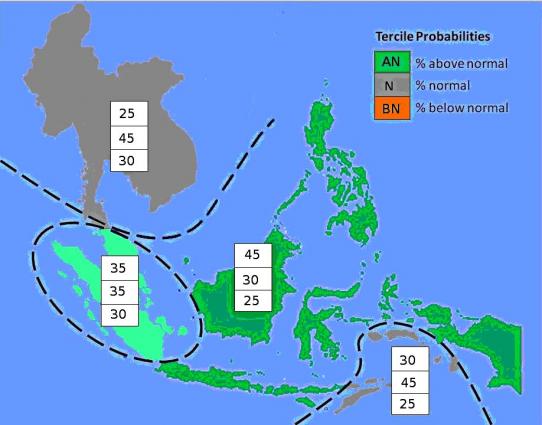 WMO helped establish this new initiative in Southeast Asia as a part of its continuing effort to facilitate the production on a regular basis of consensus-based regional seasonal climate outlooks. Seasonal climate outlooks offer increasingly reliable and accessible decision-support tools for climate-sensitive sectors such as agriculture, public health, water management and disaster risk reduction. ASEANCOF will spread the benefits of climate services to millions more people.

Some 40 experts from the leading climate modelling and prediction centres around the world gathered for ASEANCOF-1. The first two sessions of the Forum focused on key aspects of climate variability and seasonal forecasting in the Southeast Asian region and seasonal outlook for the winter monsoon over the region. The experts reached a consensus on the regional climate outlook for the current Northeast Monsoon season from December to February. For southern Southeast Asia, normal to above normal rainfall is expected, while normal to below normal rainfall is expected for northern Southeast Asia. They also agreed that more scientific research is needed to improve understanding of the predictability of rainfall in the region as well as the key drivers of the region’s climate such as the El Niño and La Niña phenomena.

The user requirements session started with a presentation on WMO’s efforts to implement the Global Framework for Climate Services. The focus on the relevance of Regional Climate Outlook Fora as key conduits of climate information generated much discussion. The session further illustrated the need for understanding user contexts and the relevance of national level climate outlook forums to enable this process. The session also highlighted the results of a survey conducted in participating national meteorological and hydrological services in the region, which documented the gaps in the available seasonal prediction products and future needs. 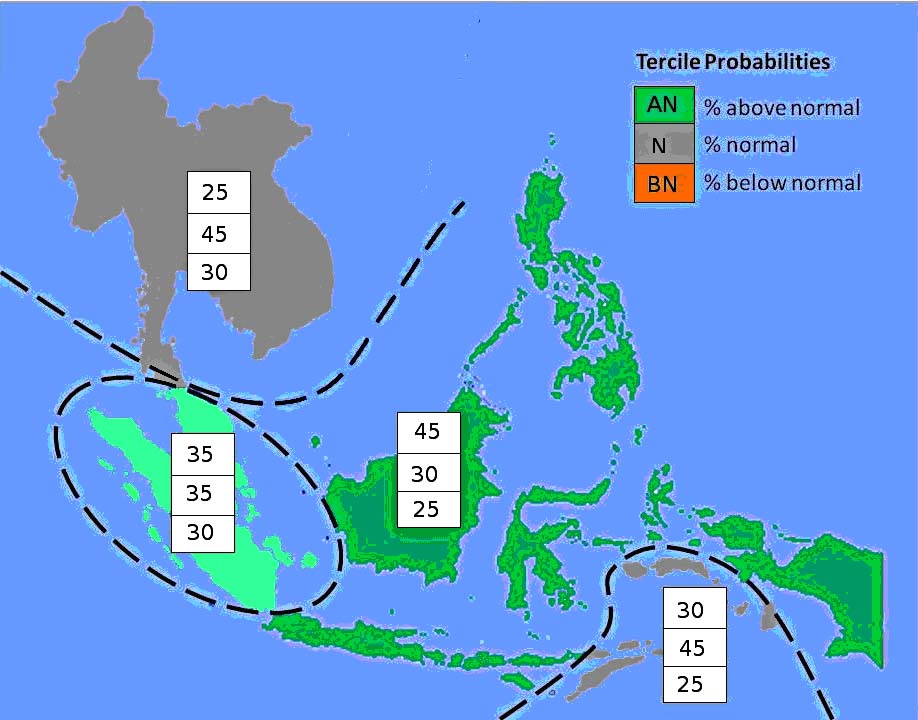 It is proposed to have two ASEANCOF meetings a year – ideally, one in May for the summer season and the other in mid-to late October for the winter season.