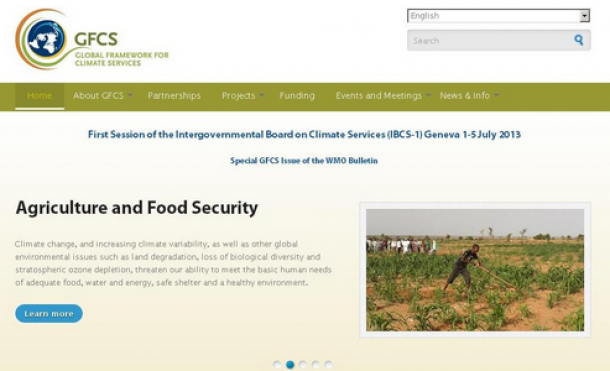 The first session of the Intergovernmental Board on Climate Services (IBCS-1), held in Geneva from 1 to 5 July, agreed on an operational road map for the Global Framework for Climate Services (GFCS). IBCS-1 approved the GFCS implementation plan and the definition of processes and substructures supporting its advancement, elected the Chair and two Co-Vice-Chairs, selected the WMO Members to sit on the Management Committee of the Board and approved the compendium of initial GFCS projects for implementation.

The decisions taken by IBCS-1 will maximize coordination at the global, regional to the national levels, engage stakeholders and strengthen interaction within the entire UN system and with other international partners. 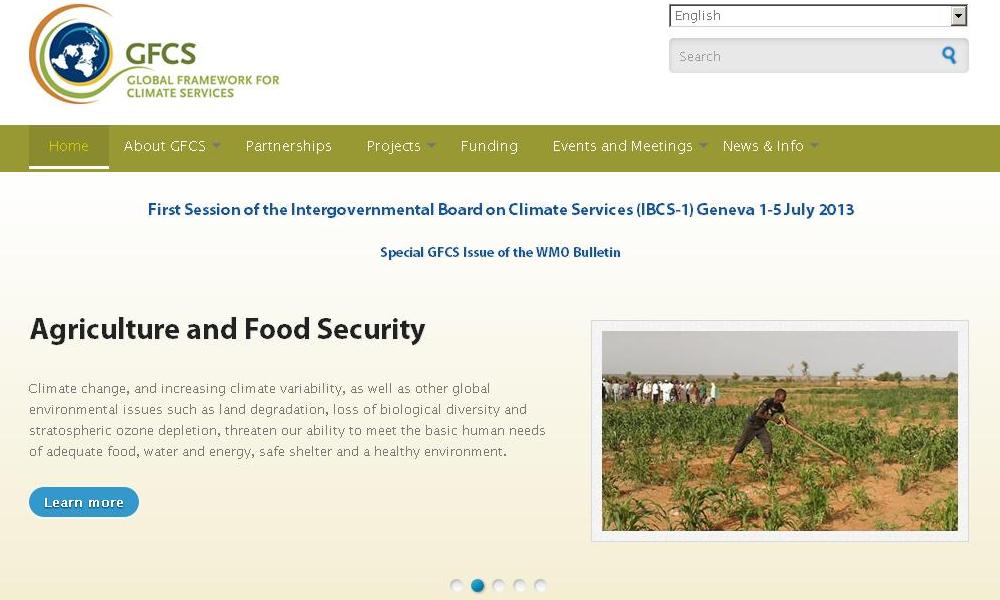 The Partner Advisory Committee was established by IBSC-1 to ensure the continued active participation of UN agencies such as the World Health Organization (WHO), the Food and Agriculture Organization (FAO), the World Food Programme, the UN Development Programme, the UN Educational, Scientific and Cultural Organization (UNESCO), the UN International Strategy for Disaster Reduction (UNISDR), UN-Water and the World Bank. It will also enhance cooperation with development partners as well as other relevant international governmental and non-governmental organizations.

In addition, IBCS-1 discussed the GFCS Implementation Plan and progress in the initial priority areas of food security, water management, disaster risk reduction and health. It also discussed a compendium of projects, resource mobilization and the pillars of the GFCS, including the User Interface Platform that aims to bring the providers and users of climate services together to ensure that the scientific information and predictions provided by national agencies and institutions is understandable and useful to a wide variety of different users.

Invest Today for a Safer Tomorrow

WMO actively participated in the 4th Global Platform on Disaster Risk Reduction, which attracted 3 500 participants from 172 countries to Geneva from 11–23 May. The theme of the UNISDR event was Invest Today for a Safer Tomorrow : Resilient People Resilient Planet.

On the eve of the Global Platform, UN Secretary-General Ban Ki-Moon presented the 2013 Global Assessment Report on Disaster Risk Reduction (GAR13), titled "From Shared Risk to Shared Value: The Business Case for Disaster Risk Reduction." The report, to which WMO and its Members contributed, explores why increasing disaster risks represent a growing problem for the economy and business. It reveals that direct losses from past disasters are likely to be at least 50 per cent higher than initially reported. "We have carried out a thorough review of disaster losses at national level and it is clear that direct losses from floods, earthquakes and drought have been under-estimated by at least 50 per cent," said the UN Secretary-General. "So far this century, direct losses from disasters are in the range of US$ 2.5 trillion."

A new element of the Global Platform was the High Level Dialogue session held on 21 May, which was chaired by the UN Deputy Secretary-General Jan Eliasson and moderated by Mrs Tarja Halonen, former President of Finland. Participants came prepared with concrete proposals for the post-2015 framework for disaster risk reduction and used the opportunity for intensive exchange and learning. The High-Level Dialogue Communiqué outlines bold yet achievable goals, calling for urgent action to address the existing and growing risks faced by communities and nations across the world. Participants underscored the need to support the most vulnerable, such as children, women and people with disabilities, in building their resilience to disasters.

In addition, a WMO side event highlighted disaster risk reduction as one of the four priority areas of the Global Framework for Climate Services. The World Bank, WHO, FAO and other WMO partners in the GFCS highlighted various initiatives to improve climate services in their specialized areas. In a separate event organized by the Government of Norway, WMO Secretary-General Michel Jarraud also emphasized the need for user-friendly climate services, saying, "The emergence of climate prediction provides opportunities to increase the lead times of early warnings. Historical data has traditionally been used for the analysis of hazards patterns, but past information is no longer sufficient because hazard characteristics are changing as a result of climate change."