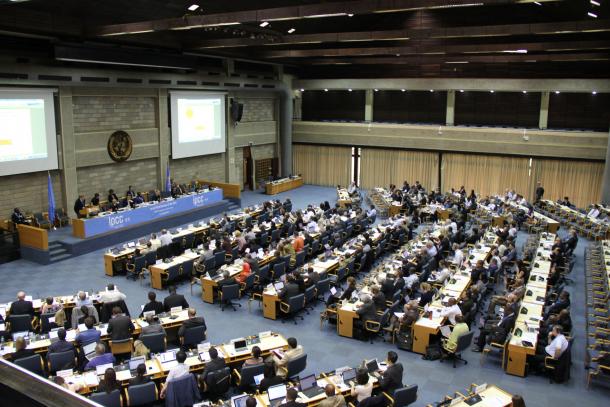 The 43rd Session of the Intergovernmental Panel on Climate Change (IPCC), which took place from 11 to 14 April, agreed on a strategy and timeline for the next series of IPCC reports: the Sixth Assessment Report (AR6) and special reports. The Panel responded positively to the invitation from the United Nations Framework Convention on Climate Change (UNFCCC) to provide a special report in 2018 on the impacts of global warming of 1.5 °C above pre-industrial levels and related global greenhouse gas emission pathways.

Two other special reports – one on climate change and oceans and the cryosphere, the other on climate change, desertification, land degradation, sustainable land management, food security, and greenhouse gas fluxes in terrestrial ecosystems – will also be produced as early as possible in the AR6 cycle.

“These issues are not only highly relevant to policymakers and our broader audiences, they are also areas where the IPCC can bring clarity to the growing volume of scientific research through its assessments,” said IPCC Chair Hoesung Lee after the 43rd Session of the Panel in Nairobi, Kenya. “We now have a clear roadmap for the production and delivery of AR6.”

Preparations for the main AR6 report, which is planned for release in three working group contributions in 2020/2021 followed by a Synthesis Report in 2022, will start later this year. AR6 will focus on the impacts of climate change on cities and their unique adaptation and mitigation challenges and opportunities. Work on drawing up the outlines of the special report on 1.5 °C has begun. A call for experts to scope the report was issued after the IPCC session.

Mr Abdalah Mokssit was also announced as the new Secretary of the IPCC. Mr Mokssit is currently Director of the National Meteorological Service of Morocco and Third Vice-President of the WMO. He is a former Vice-Chair of IPCC Working Group I, which deals with the physical science basis of climate change.