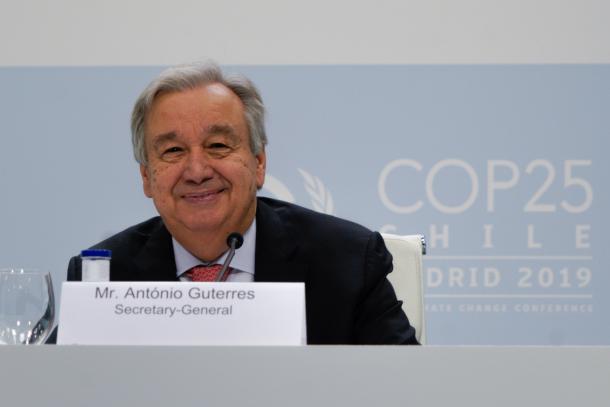 “Do we really want to be remembered as the generation that buried its head in the sand, that fiddled while the planet burned?” he asked delegates, as he renewed his appeal for urgent climate action.

“The latest, just-released data from the World Meteorological Organization show that levels of heat-trapping greenhouse gases in the atmosphere have reached another new record high,” he said. “Global average levels of carbon dioxide reached 407.8 parts per million in 2018. Not long ago, 400 parts per million was seen as an unthinkable tipping point.”

“The signs are unmissable,” continued Mr Guterres. “The last five years have been the hottest ever recorded. The consequences are already making themselves felt in the form of more extreme weather events and associated disasters, from hurricanes to drought to floods to wildfires.”

Ahead of COP25, WMO issued its Greenhouse Gas Bulletin on the state of atmospheric concentrations of leading long-lived greenhouse gases, including carbon dioxide, methane and nitrous oxide. All hit new records in 2018.