The March 2013 Cold Wave Over Europe

The March 2013 Cold Wave Over Europe

March 2013 was exceptionally cold over most of Europe and was the second coldest March in the UK since 1910.

The cold temperature anomalies also extended over large portions of North America and Asia. This cold event lasted for about a month (see Figure 1), and was associated with a negative phase of the North Atlantic Oscillation (NAO). Several drivers could have contributed to this cold event: weather in the Tropics, the stratosphere, conditions in the North Atlantic and the state of the Arctic. These drivers are not necessarily independent, and the cold March 2013 could be due to a combination of interlinked causal factors.

The Sub-Seasonal to Seasonal Prediction Project (S2S) is a new WWRP/THORPEX-WCRP joint research project whose main goal is to improve forecast skill and understanding on the sub-seasonal to seasonal timescale, and to promote its uptake by the application community. Specific attention is given to the risk of extreme weather including drought, floods, cold waves and heat waves. The goals of S2S will be achieved through research on the predictability and prediction skill of extreme events using a database of sub-seasonal to seasonal operational forecasts (S2S database) but also through individual case studies of some extreme weather events which had a significant societal impact. The goal of the case studies is not only to assess the prediction skill of state-of-the-art operational sub-seasonal to seasonal forecasting systems, but also to determine their causality. The March 2103 cold wave is the first case study of this project. As part of this study we evaluated the predictability and prediction skill from several operational sub-seasonal to seasonal prediction systems and also made an attempt to determine the causality of the onset of this extreme weather event, with a special focus on the 11-17 March week (the first and coldest week of this event over Europe).

Sub-seasonal forecasts of 2-metre temperature and 500 hpa geopotential height anomalies starting on 14 February 2013 and averaged over the period 11-17 March 2013 (time range day 26-32) from four operational centres (NCEP, Environment Canada, ECMWF and Japan Meteorological Agency) have been compared. All displayed good agreement in predicting high probabilities of cold 2-metre temperature anomalies over a large portion of Asia extending over Europe for some model four weeks in advance, with temperature anomaly patterns generally consistent with observations, although the amplitude of the cold anomalies varied significantly from one model to another (Fig. 2). In particular, the negative phase of the NAO was well predicted a few weeks in advance (not shown). This suggests that this event was predictable at the sub-seasonal time range. 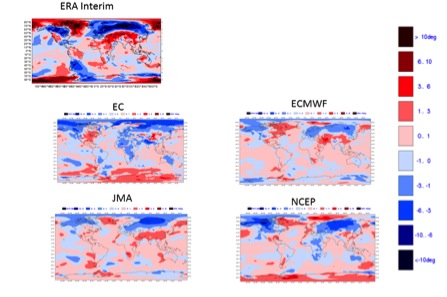 The sub-seasonal to seasonal forecasts are produced by integrating a numerical model several times with different initial conditions (ensemble generation) to sample the forecast uncertainty due to uncertainty in the specification of initial conditions and model formulation. The 2-metre temperature anomalies over Europe produced by each model varied from one ensemble member to another. 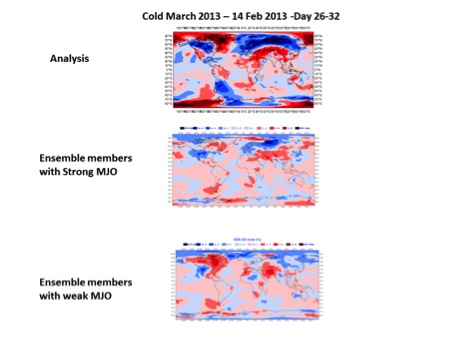 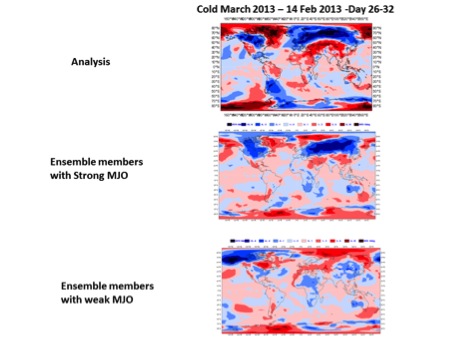 Figure 4: Same as Figure 5 but for the NCEP forecasts.

This link between MJO and 2-metre temperature anomaly forecasts could be due to an impact of the MJO on extratropical weather or to an impact of extratropical weather on the MJO. To assess the causality, further sensitivity experiments were conducted with the ECMWF model where the weather over the tropical band (20S-20N) was relaxed towards analysis. In this experiment, the MJO evolution in tropical latitudes, is therefore, almost perfect. Results show that the relaxation experiment produces 2-metre temperature anomalies over the Northern Extratropics, most especially over Europe, which are much closer to analysis than the model integrations without relaxation. The difference in 2-metre temperature anomalies between the relaxation and the control experiment is consistent with a canonical MJO response in the Extratropics. Therefore, these experiments confirmed the crucial role of tropical convection on the cold March 2013 over Europe and part of North America. 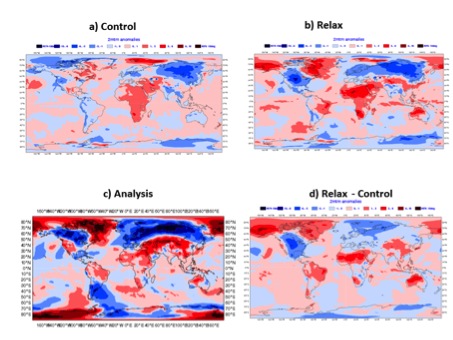 In summary, this study demonstrated that the cold March 2013 event was predictable up to four weeks in advance by some state-of-the-art operational sub-seasonal to seasonal forecasting systems. An analysis of these operational forecasts and additional sensitivity experiments demonstrated that deep convection over the western Pacific associated to a Madden Julian Oscillation played a key role in the onset of the cold March 2013 over Europe, part of North America and Asia.