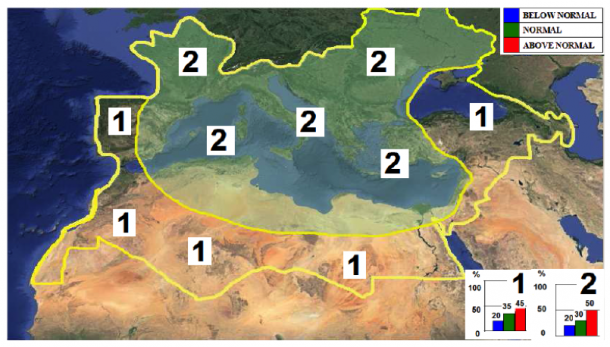 Participants at the November 2014 session of the Mediterranean Climate Outlook Forum (MedCOF), held in Antalya, Turkey, agreed that

Established in 2008, SEECOF is coordinated by the South East European Virtual Climate Change Centre (SEEVCCC), which is hosted by the Republic Hydrometeorological Service of Serbia. It covers 21 countries in the South East of Europe and South Caucasus regions. SEECOF conducts a physical session in November to produce a consensus statement for the winter outlook and a virtual session in April-May to produce climate outlooks for the summer season.

The first PRESANORD session took place in January 2012 in Alger, Algeria. Coordinated by the African Centre for Meteorological Application for Development (ACMAD), it also meets twice yearly: in late November for the December-January-February season and between February and March for the March-April-May season. The National Meteorological and Hydrological Services (NMHS) of Algeria, Egypt, Libya, Morocco and Tunisia participate in PRESANORD. 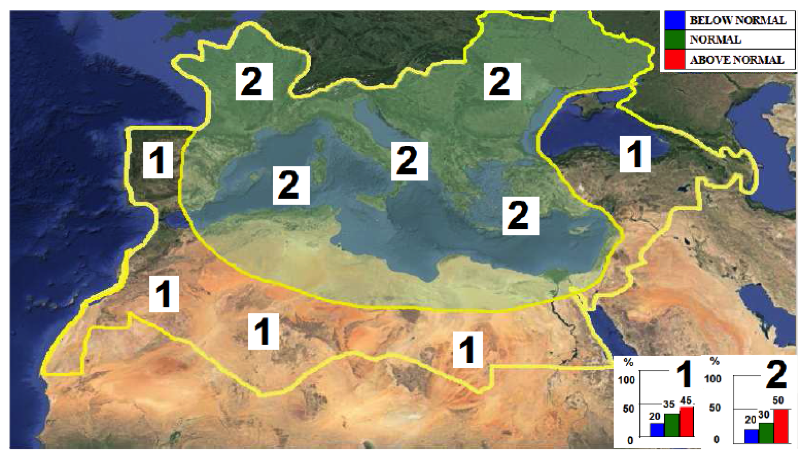 MedCOF, coordinated by the State Meteorological Agency of Spain, will serve as a platform for interregional collaboration and allow countries with less experience in seasonal forecasting to take advantage of the expertise available in more advanced NMHSs, Regional Climate Centres (RCCs) and other regional entities. It will focus on the large-scale forcings, such as the North Atlantic and Arctic Oscillations, that affect the whole basin, though in different ways, and produce a consensus seasonal forecast for the whole Mediterranean basin.

MedCOF will be followed by parallel sessions for SEECOF and PRESANORD. These will analyse subregional climate patterns and further refine the consensus outlook produced at MedCOF, scaling it down to subregional specifics.