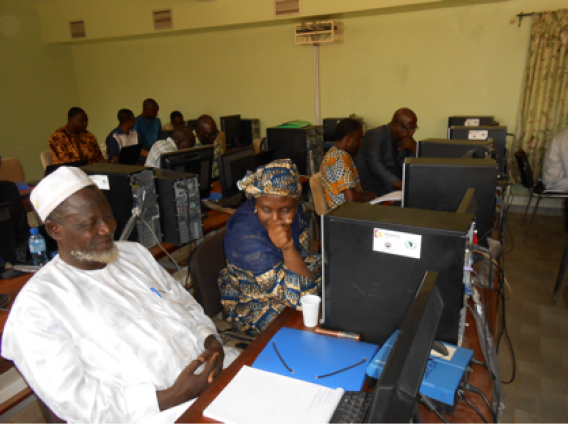 The first training session on the operational implementation of the crop model SARRAH-H was held at the Regional AGRHYMET Centre in Niamey, Niger, from 28 October to 1 November. Each participating team – from Mali, Mauritania, Niger, Togo, Benin and Chad – was made up of two experts, one in agrometeorology, the other in computer science and databases.

In the 1980s, CIRAD (Centre de coopération internationale in la recherche agronomique pour le développement), based in Montpellier, France, started developing a set of crop models for the Sahel region to facilitate crop monitoring and yield estimations in order to improve food security. In the late 1990s, the DHC (Diagnose Hydrique des Cultures) model was implemented by meteorological and agricultural services in that region. That DHC model is still in use but a new model is needed that will not only take into account water balance but also the carbon balance to evaluate the development of the aerial parts of the plant.

The situation is urgent as the operation systems of the computers on which DHC was developed are not compatible with modern computer hardware. Thus, SARRA-H is being developed to replace DHC. SARRA-H makes simulations on biomass production and crop yields based on water supply and radiation conditions being sensitive to the density of seeded plants and photoperiod. The model is adjusted for different native and foreign varieties of cereal crops such as millet, sorghum, maize and rice. Although the model has already been available in some countries for research and development, it has not yet been used operationally by the national meteorological and hydrological services.

As a first pilot, the Direction de la Météorologie Nationale (DMN) of Niger in cooperation with AGRHYMET, defined procedures and set manuals for the training programme, proposing an implementation method with special focus on the data preparation and work in relation with operational databases. Two more training session are expected early next year, one for English-speaking West African countries in Gambia and a second for the other French-speaking countries of West Africa. The first training session was funded through extra budgetary fund provided by the Spanish Met. Agency (AEMET). The other two sessions will be funded by extra budgetary fund provided by Norway, which has funded two thirds of the Metagri Operational Project in Western Africa. 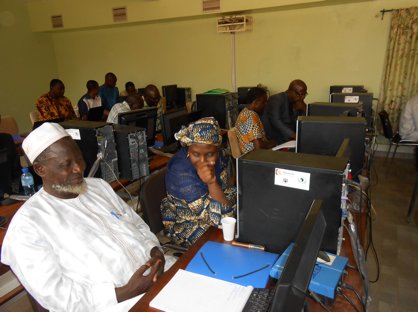