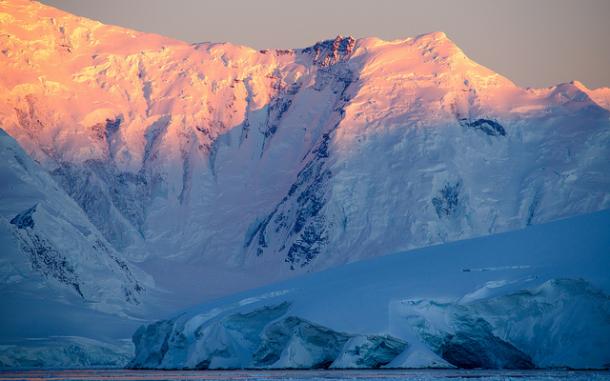 The WMO Polar Space Task Group has released a compilation of 20 years worth of imaging activities that feature unprecedented views and insights related to Polar regions in both Hemispheres. This Compendium of radar images focuses on four thematic areas: ice sheets, floating ice, permafrost and snow.

The scientific community has grown increasingly concerned about the significant warming that is occurring at the poles and has recognized the urgent need to gain a better understanding of current and potential impacts. In fact, it has been observed that the Earth’s poles are experiencing a warming effect at twice the rate of the rest of the world. Such a global issue can only be addressed through scientific leadership, research and collaboration.

In 2011, WMO established the Polar Space Task Group and its subsidiary Synthetic Aperture Radar Coordination Working Group to better coordinate the collection of satellite radar data in Polar regions and the cryosphere. Through the e orts of representatives from space agencies, international organizations and the scientific community, several thousand images were acquired over a period of more than two decades. This coherent and extensive compilation is one of the richest and most diverse datasets ever generated and contributes to our understanding of the impact of climate change on the Polar regions.

The images are made available to encourage observation, analysis and help provide answers to important science questions. The Data Compendium is available in the WMO Library. 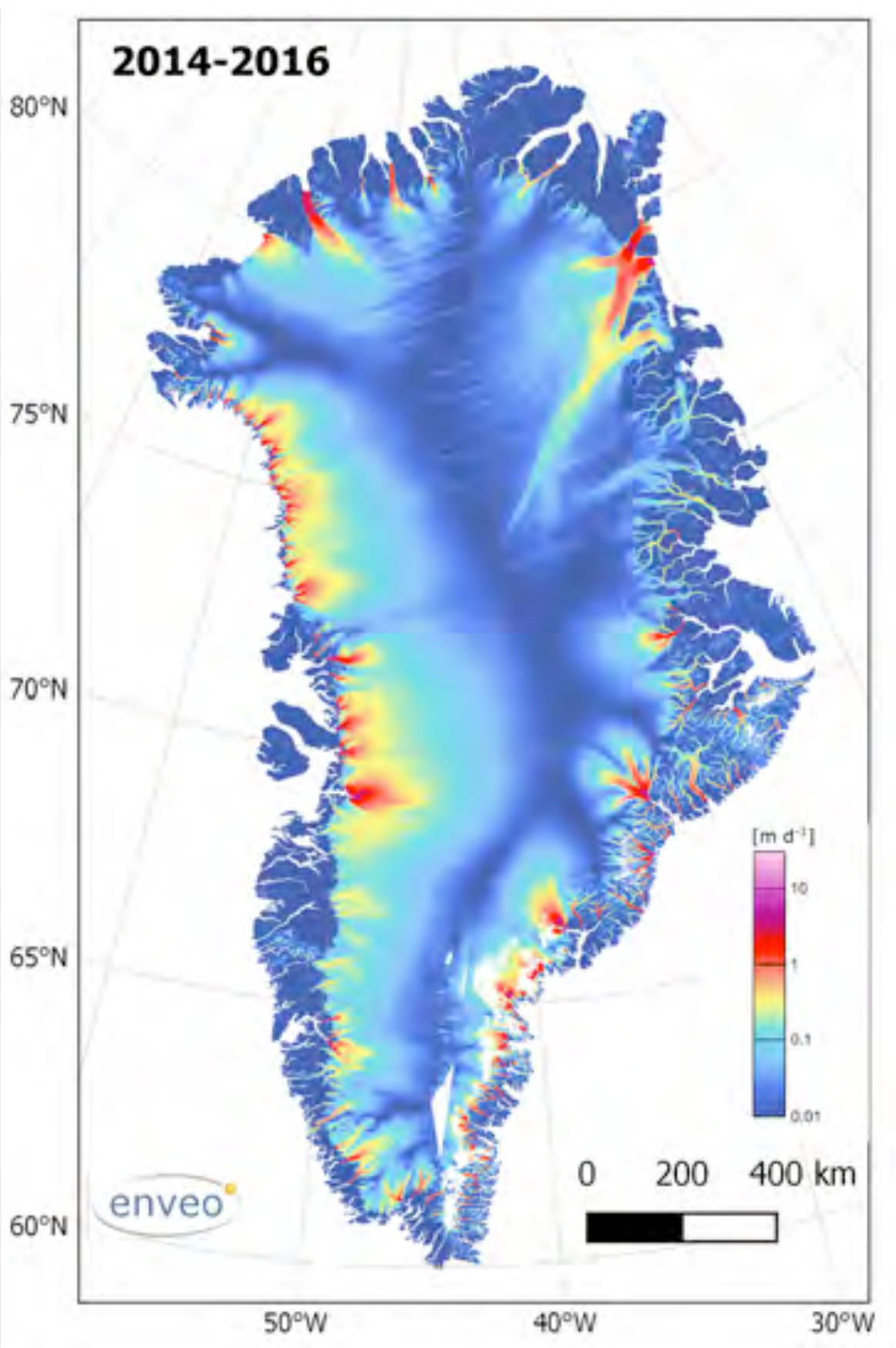 Ice velocity map of Greenland, 2014 to 2016, derived from Sentinel-1A SAR data collected in InSAR Wide Swath Mode. This map, along with others, can be found in the Data Compendium: A Summary