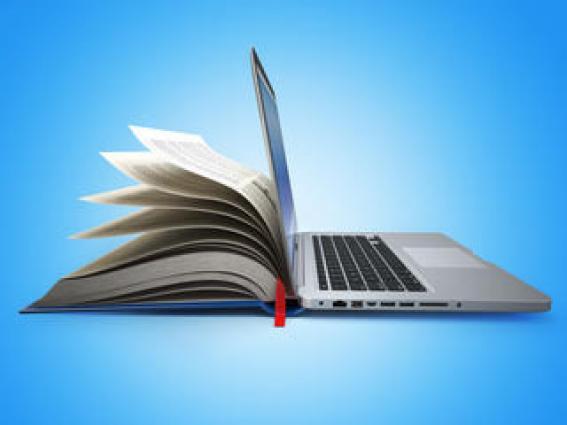 The inaugural WMO State of Global Water Resources 2021, launched in November, provides an accurate global overview of the state of water resources to enhance, guide and support water-related decision-making by planners, managers and policymakers at all levels of government. While several universal water-related information reports exist, the WMO report is unique in its ability to summarize the extent of water resources available globally.

The key findings in the report were derived from global hydrological models, in situ and remotely sensed data, and information from scientific publications. The methodology compared the 2021 hydrological conditions – streamflow and terrestrial water storage – for each basin against the corresponding historic hydrological basin average. Consequently, global water resource status results are classified into distinct categories: i) normal, ii) above normal, iii) much above normal, iv) below normal, and v) much below normal with respect to the hydrological average baseline.

The report reveals that large areas of the globe were under dryer than normal conditions in 2021. These include the Rio La Plata area, covering over three million square kilometres of South America, a fourth of the continent, which has been experiencing persistent drought since 2019. It also the Colorado, Mississippi and Missouri river basins in the United States. In Africa, the Congo, Niger, Nile and Volta rivers recorded reduced discharge. Similarly, below normal river discharges were measured in parts of Russia, West Siberia and Central Asia.

In contrast, other areas of the world received wetter than normal conditions. Both above and much above normal discharges were exhibited in northern American and north Amazon basins, provoking extreme flood events. Additionally, Chinese, North Indian and South African river basins were characterized by above normal discharge. Significant flood events with numerous casualties were reported, among others, from China, North India, western Europe and areas impacted by tropical cyclones like Indonesia, the Philippines and Mozambique.

The report emphasizes the value of local analysis in conjunction with global evaluations to ensure that the information produced offers the precision required to account for localized hydrological regimes and hydroclimatic cycles, which may differ from continental trends or global overviews. Furthermore, a time-series analysis of terrestrial water storage from 2002 onwards revealed significant water variability hotspots. Cryosphere melt and over extraction of ground water were recorded as the primary contributing factors. Consequently, the report also highlights the importance of systematically monitoring and interpreting snow cover and glacier change to assess basin-level water resources and to support water management.

The outputs of the 2021 report reveal the potential of global assessments and graphical summaries of hydrological variables to inform planning decisions and policymaking. Additionally, information procured, of a regional or international nature, is paramount in guiding intergovernmental discussions regarding shared water resources. The performance of inter-annual comparisons is also critical to differentiate short-term effects from long-term trends in the factors driving water distribution patterns – imperative information for water managers considering adaptation decision-making.

Nevertheless, the State of Global Water Resources 2021 is an embryonic initiative. Despite its promising potential, significant improvements are required. Future iterations will include a wider array of hydrological variables, presented via interactive maps to enhance understanding and convenience. However, its future development is dependent on the acquisition of timely, accessible and verified hydrological data. The report underscores the integral role of Members in achieving this and strongly encourages Members to strengthen their monitoring network for timely data collection of the various components of the water cycle – ground water, soil moisture, stream flow and water level, etc. – to share the data obtained under the WMO Unified Data Policy.

State of the Climate in Asia and the South-West Pacific

The WMO State of the Climate in Asia 2021 and State of the Climate in South-West Pacific 2021 reports were launched at the 27th session of the Conference of Parties (COP27) to the United Nations Framework Convention on Climate Change in November. The reports offer a glimpse at the state of climate, extreme events and their socioeconomic impacts in these two regions in 2021. They highlight the urgent need for adaptation and for effective early warning systems.

2021 was between the 5th and 7th warmest year on record in Asia, though temperatures in the region were cooler than the previous year. As a consequence, most glaciers in Asia’s High-Mountain region experienced intense melting and snow coverage days were at a record low in the polar region of Asia.

However, temperatures in the South-West Pacific region were cooler in 2021 than in the previous few years, mainly due to the La Niña conditions that prevailed for much of the year. The La Niña also brought dry conditions in much of the equatorial Pacific and wet conditions over parts of south-east Asia and Australia. Floods and tropical cyclones caused many casualties and extensive socioeconomic damage in these areas. The economic loss from floods in both regions increased compared to the average over the past 20 years.

Both reports provided evidence of sea-level rise, which exacerbates the vulnerabilities of the many large coastal cities and vast number of island-states in both regions. Disasters from more frequent and intense weather, climate and water-related events are having negative repercussions on food security and worsening human safety and health, displacing and forcing many communities into poverty, thus, widening inequalities. Prioritizing climate adaptation is essential for resilience building. However, there reports reveal that there are gaps between the current levels of adaptation and the levels needed to respond to climate risks and impacts.

The reports further highlight the importance of early warning systems. “Early Warning for All” will be critical to adaptation and resilience building and will significantly increase understanding of risks, which is the foundation for all resilience building efforts.

Changes in climate are not homogeneous around the globe, the characteristics, vulnerabilities to and impacts of climate change differ in each region and so do the subsequent mitigation and adaptation policies. Those regional variations motivated WMO to start publishing regional State of the Climate reports in 2019.  The reports are the joint effort of the WMO Secretariat and Members, and partner United Nations agencies and international scientific organizations.

After a long development phase, WMO has published the Assessment Guidelines for End-to-End Flood Forecasting and Early Warning Systems (E2E FFEWS). This publication aims to assist the National Hydrological Services (NHSs) and other related authorities in assessing their flood forecasting capabilities and to guide the improvement of their capacities in this area.

End-to-end early warning systems for flood forecasting comprise a value chain that includes data collection and management, data processing, modelling, integrated approaches to impact and risk-based forecasts and warnings, and collection of post-event user feedback. Fundamental to this chain is the “last mile” dissemination and communication of warnings and advice to the public and decision-makers. For a country to build an effective end-to-end early warning system for floods within an overarching Multi-Hazard Early Warning System (MHEWS), it is necessary to identify the strengths and weaknesses of the different components of the value chain. These guidelines provide a set of useful, practical and flexible tools to support this process.

The assessment guidelines comprise a set of tools that can be used by NHSs to better analyse the current status of their E2E FFEWS and highlight potential improvements. The prime advantage of the Assessment Guidelines is that they have been designed to ensure equal applicability by NHSs having different levels of capability and expertise, from developing to the most advanced services. The guidelines also constitute an important contribution towards the Early Warning Systems for All initiative.

The publication provides recommendations for a sustained and fit for purpose global observing system for climate. Global climate monitoring needs to cover the entire Earth system from the atmosphere to the oceans, from the cryosphere to the biosphere, and encompassing the water, energy and carbon cycles. The GCOS Implementation Plan supports and serves WMO Member States in addressing the challenges of climate change and the implementation of the Paris Agreement.

This plan is a response to the findings of the 2021 GCOS Status Report which was informed by experts of the three GCOS panels who provided the technical information and assessment. It is also based on the United Nations Framework Convention on Climate Change (UNFCCC) Paris Agreement that has highlighted the importance of both adaptation and mitigation. The 2022 GCOS IP is also based on the implications arising from the Intergovernmental Panel on Climate Change (IPCC) Sixth Assessment Report. and recent special reports. Recent scientific studies of how well the climate cycles of carbon, water and energy are monitored have identified additional observational needs have also been considered.

The actions were compiled by experts of the GCOS panels in consultation with their respective communities. The draft was publicly reviewed in May 2022 and more than 400 comments were received and incorporated.

The latest Implementation Plan is structured differently compared to earlier versions: it has fewer, more focused, and integrated actions, with clearer means of assessment, and identification of the stakeholders who need to respond to the actions, including National Hydrographic and Meteorological Services. Furthermore, the updated ECVs requirements are presented in a separate document called The 2022 GCOS ECVs Requirements (GCOS 245).

It identifies six major areas for practical actions to sustain and improve the global observation system within the next 5–10 years: