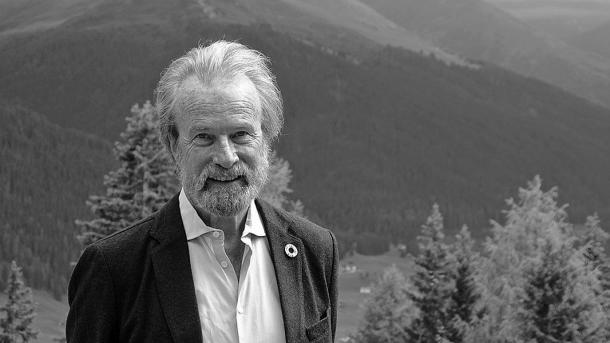 WMO is greatly saddened by the tragic and untimely loss of Konrad “Koni” Steffen. He was one of the world’s leading authorities on climate change and the Greenland ice sheet. He fell to his death, aged 68, in one of the many crevasses that have appeared because of melting ice.

Professor Steffen was Director of the Swiss Federal Institute for Forest, Snow and Landscape Research (WSL) and a former director of the Cooperative Institute for Research in Environmental Sciences at the University of Colorado at Boulder. His passion was the polar regions and he devoted his career to research on climate change and the cryosphere in the Arctic and Antarctic.

“The poles of the Earth are of great importance for the climatic balance of our planet. More research and knowledge of how they work is urgently needed,” Steffen wrote on the website of WSL.

Professor Steffen was a much-loved and highly respected figure in the WMO community. A charismatic and eloquent speaker, he gave a keynote address at the 2019 WMO High Mountain Summit, which put the spotlight on the impact of climate change on the mountain cryosphere – glaciers, snow, ice and permafrost.

He contributed to the IPCC as a Lead Author on the Special Report on the Ocean and Cryosphere in a Changing Climate and on the landmark Fifth Assessment Report. He was a longstanding contributor to the World Climate Research Programme’s Climate and Cryosphere (CliC) Program and was chair of the Global Climate Observing System’s Observation Panel for Climate.

Professor Steffen was a pioneer in the monitoring of the Greenland ice sheet. Since 1990, every spring he went to the Swiss Camp meteorological base station in Greenland, where he worked with his colleagues collecting data on snow, ice and the atmosphere. As early as 2002, he was able to use his data to demonstrate the accelerating melting of the ice.

Professor Steffen attended ETH Zurich, from which he received a first Diploma in 1977 and a Doctor of Science degree in 1984. He was a professor at the University of Colorado, at EPFL in Lausanne and at ETH in Zurich. He was a member of the International Glaciological Society, the American Geophysical Union and the American Meteorological Society.

See here an excerpt from a video of Konrad Steffen at the WMO High Mountain Summit in 2019.