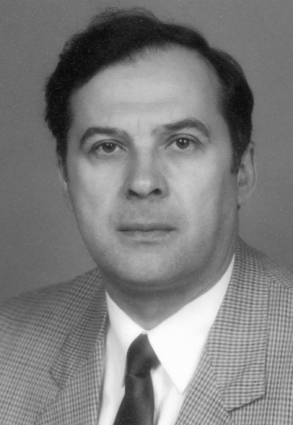 Viktor Grigorievich Boldyrev died on 28 May 2016 at the age of 81 after a long and severe illness.

He was born on 19 March 1936 in the city of Grozny to a civil servants’ family. Upon completion of secondary education in 1953, he commenced university studies at the Physics Department of the Moscow State University n.a. M.V. Lomonosov and graduated in 1959.

Viktor Boldyrev commenced his professional activities at the Central Forecasting Institute (since 1966 – Hydrometeorological Center of the USSR) holding progressively responsible posts of Senior Engineer, Chief Engineer, and Head of Laboratory. Over a very short period of time he successfully demonstrated his outstanding aptitudes as a scientist and an administrator. He was author of over 30 scientific papers on atmospheric physics, and in 1966 the Scientific Council of the Hydrometeorological Center of the USSR, by its decision, awarded Viktor Boldyrev a postgraduate scientific degree in Physics and Mathematics.

Viktor Boldyrev had excellent command of English and French. From 1974-1978, he was assigned to serve at the World Meteorological Organization (WMO) in the capacity of a Deputy Director of the Operational Center managing the first Global Experiment of the Global Atmospheric Research Programme (GARP). The Experiment involved several hundred science and research vessels from the USSR, the USA, England, France, Canada, and other countries. This was a unique project of unprecedented scale unmatched in the decades that followed. Viktor Boldyrev was directly involved in the coordination of the activities of the National Meteorological Services that were engaged in the Experiment. In 1978, he started working at the Central Cabinet of the State Commission for Hydrometeorology of the USSR first serving as an Advisor to the USSR-UK Committee Secretariat and later as a Head of the Natural Environment and Climate Analysis and Forecasting Division. He proactively contributed to the preparatory activities for the First World Climate Conference (Geneva, February 1979) as well as for the WMO World Climate Programme initiative.

Viktor Boldyrev made a significant contribution to develop Soviet, Russian, and international meteorology and climatology. From 1985-2000, he held high administrative posts in the WMO Secretariat. From 1989-1997, in his capacity of Director of the World Climate Programme Department, he gave impetus to the development of global applied climatology as well as the efforts to respond to climate change in various regions of the world.

His exemplary professional skills, work ethics, genuine and open nature were highly appreciated by the experts of Roshydromet and the WMO Secretariat.

We regret the death of V.G. Boldyrev and express our sincere condolences to his family and friends.