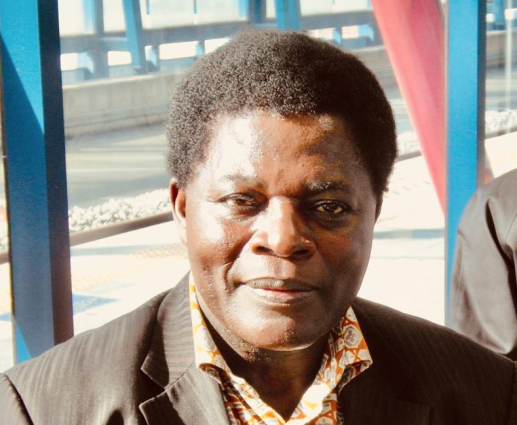 Professor Laban Ayieko Ogallo, a pioneer in meteorological education and research, passed away on 19 November after a short illness. Born in Kenya on 20 January 1950, Prof Ogallo was devoted to the scientific community and contributed significantly to innovations in meteorology in Africa.

He demonstrated outstanding commitment to the science of meteorology through research and training in the predictability potential of the Eastern Africa seasonal rainfall and application of the science of meteorology in various socio-economic activities among communities in Africa. He was also engaged in the establishment and maintenance of centres charged with the provision of climatological services in many parts of the world.

Having started his profession as a meteorologist in the mid-1970s, he rose from a junior scientist to a full Professor of Meteorology at the University of Nairobi. During his tenure, he guided many undergraduate and postgraduate students, most of whom were from African countries, through their studies and research, thereby enhancing regional capacity requirements for professional meteorologists required by the National Meteorological and Hydrological Services and related institutions. He held key leadership positions at the University of Nairobi, including Chairman of the Department of Meteorology, which is the university component of the WMO Regional Training Center (RTC), Nairobi.

In the early years of his professional work, Prof. Ogallo pioneered major research initiatives that focused on the impacts of climate change and on the predictability of the African seasonal rainfall, work that earned him recognition and for which he was awarded the “WMO Award for the Encouragement of Young Scientists” in 1982. His research initiatives on the Eastern Africa seasonal rainfall predictability potential used predictors such as sea surface temperature indices, El Niño/Southern Oscillation Indices, Indian Ocean Dipole, Quasi-Biennial Oscillation and Madden-Julian Oscillation relating the linkages to extremes in rainfall and temperature over the African region and anomalies in the global climate systems.

The results of Prof. Ogallo’s research work have contributed enormously to WMO regional and national efforts to enhance seasonal climate prediction and early warning systems, products and services within its Global Framework for Climate Services (GFCS). The research has been key to the identification of leading modes of climate variability, such as the Decadal Variability Mode.

As a founding Member of the Kenya Meteorological Society (KMS) as well as the African Meteorological Society (AfMS), where he also served as chief editor, Prof. Ogallo’s initiatives led to significant contributions in the development of meteorological sciences in the region. He provided leadership as a founding member of the Scientific Advisory Committee (SAC) for the African Centre of Meteorological Applications for Development (ACMAD) in Niamey, Niger, where he played a critical role for over twenty years. His contribution had immense benefits to the establishment of a strategic and sustainable institution with immense benefits not only to Africa but globally.

Prof. Ogallo effectively spearheaded the development of seasonal climate prediction programmes for Africa at a time when frequent droughts ravaged vast areas of the continent with adverse consequences including migration of people across borders and internal displacement of populations often leading to social conflicts. He took the frontline to oversee full institutionalization and operationalization of seasonal prediction programmes in the Eastern and Southern Africa sub-regions as initial steps towards effective early warnings of drought risks and management in the region.

In this respect, Prof. Ogallo engaged with the Inter-Governmental Authority on Development (IGAD) Member States and negotiated for the successful transformation of what was then a WMO Drought Monitoring Project for Eastern Africa into an IGAD Climate Prediction and Applications Centre (ICPAC) serving the Greater Horn of Africa (GHA) with climate prediction services. This initiative has had worldwide replication reaching as far as South America, Asia and Europe. Along with these activities, Prof. Ogallo pioneered initiatives, which led to scientific consultations among sectoral players in food security across many parts of Africa, thereby enabling preparedness and early action in situations of drought risks.

Prof. Ogallo was one of the lead scientists drawn from many parts of Africa who worked with sector researchers to develop a climate-based malaria epidemic prediction model for tropical Africa.

Some of his recent research has integrated Indigenous Knowledge Systems (IKS) for nature-based local disaster risk management. He provided scientific advisory roles at national, regional and international levels as can be seen from his membership to the Kenya National Academy of Sciences (KAS); KMS; African Academy of Sciences (AAS); SAC for the Climate Research for Development (CR4D) in Africa initiative founded through the partnership between the African Climate Policy Centre (ACPC) of the United Nations Economic Commission for Africa (UNECA), the African Ministerial Conference on Meteorology (AMCOMET), WMO, the World Climate Research Programme (WCRP) and GFCS. He has been a member of the recently formed WMO Scientific Advisory Panel (SAP) and also a member of The World Academy of Sciences (TWAS) as well as chairman of the Prize committee on Earth, Astronomy and Space Sciences.

We express our heartfelt sympathy for the loss of Prof. Laban Ayieko Ogallo and extend the condolences of the entire MeteoWorld Community to his bereaved family, friends and relatives.