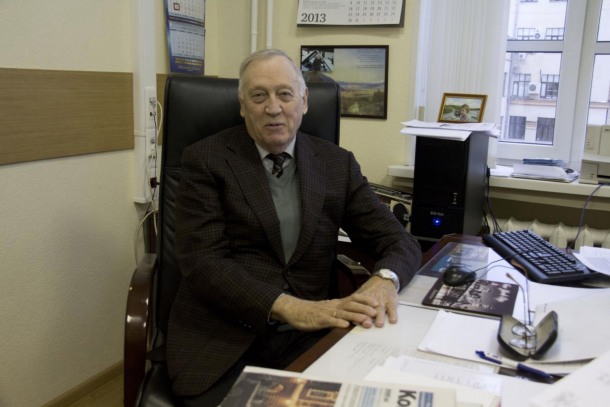 Yuri Sarkisovich Tsaturov, a prominent Russian statesman and a well-known expert in the field of environmental monitoring and control, passed away on 8 April 2021.

Yuri Tsaturov was born in Tbilisi on 24 March 1939. In 1964, he graduated from the Physics Department of Tbilisi State University with a degree in Nuclear Physics. From 1965 to 1973, he worked in the Special Control Service of the Ministry of Defence in the Union of Soviet Socialist Republics (USSR), where he studied radioactive contamination due to nuclear explosions. In 1971, he defended his PhD thesis on gamma spectrometry of radioactive products of nuclear explosions.

All large cities of the USSR (450 cities) held various roles as part of his professional activities in the field of meteorology and environmental monitoring and control – from an engineer to First Deputy Chairman of the State Committee for Hydrometeorology and Environmental Control of the USSR (1973–1988) to later becoming First Deputy Head of the Federal Service for Hydrometeorology and Environmental Monitoring (1994–2005). In the 1970s, he pioneered the creation of the Russian system for monitoring chemical, geophysical, biological and other types of anthropogenic pollution of natural environments. Under his leadership, by 1980 the National Service for Monitoring and Control of Pollution was established in the USSR covering all 450 large cities as well as 1900 river and lake basins. In the Soviet Republics (now independent states), 40 specialized divisions – Centres for Environmental Pollution Research and Control equipped with chemical laboratories – were created.

In 1986, Yuri Tsaturov was actively involved in the remediation at the Chernobyl accident site as head of the operational interdepartmental group for assessment of the radiation situation. Later he prepared, together with foreign scientists, the publication of the Atlas of caesium-137 deposition on Europe following the Chernobyl accident.

In March 1992, Yuri Tsaturov was appointed Deputy Chairman of the State Committee of the Russian Federation for Social Protection of Citizens and Rehabilitation of Territories affected by the Chernobyl and other radiation accidents. He took an active part in the preparation of the Law "On social protection of citizens exposed to radiation as a result of the Chernobyl disaster" and of a number of decrees on the provision of compensation and allowances to citizens exposed to radiation.

Yuri Tsaturov contributed greatly to the development of international scientific and technical cooperation in the field of environmental monitoring. For many years, he was a member of the Joint Scientific Committee on Environmental Pollution and Atmospheric Chemistry of the then Commission for Atmospheric Sciences of WMO. His personal contribution to the enhancement of preparedness for emergency situations related to environmental pollution was significant. He initiated and took a direct part in the establishment of the WMO Regional Specialized Meteorological Centre for provision of operational and forecast information in emergency situations associated with radioactive contamination of the environment in Obninsk (Russian Federation) (RSMC Obninsk).

Yuri Tsaturov also contributed immensely to the activities of the working bodies of the Arctic Council, serving for a long time as the Vice-Chair of the Arctic Monitoring and Assessment Programme. He was directly involved in the preparation and publication of reports on the state of the Arctic environment (1998, 2002, 2006, and 2009), on warming effects (2004) and on radioactive pollution in the Arctic.

In recognition of his outstanding services, Yuri Tsaturov has been awarded a great number of state awards.

Yuri Tsaturov’s colleagues would like to extend their heartfelt condolences to his family and friends.