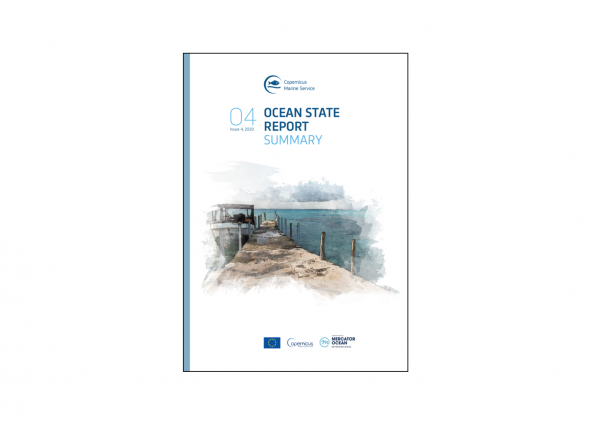 According to the report, rising seas continue to threaten coastal and low-lying areas. Since 1993, global mean sea level has risen at a rate of 3.3 ± 0.4 mm per year. New calculations in the OSR4 reveal that sea-level rise is accelerating, with the rate increasing by 0.12 ± 0.073 mm/year.

The ocean is a major sink of excess anthropogenic CO₂. This absorption of carbon mitigates the effects of global warming but is a major threat to marine life as it results in ocean acidification. Between 20% and 30% of excess CO₂ in the atmosphere has been absorbed by the ocean in the last 10 to 15 years. In fact, the ocean has become about 30% more acidic since pre-industrial times.

Ocean surface temperatures have also been warming steadily since 1970, absorbing more than 90% of the excess anthropogenic heat in the climate system. Global sea surface temperature has increased at a rate of 0.014 ± 0.001 °C per year with warming occurring over most of the globe. There continues to be unprecedented warming of the upper ocean, and the past four years are the four warmest since records began.

Another key finding concerns the continued retreat of sea ice. The 2018 Arctic maximum winter sea-ice extent, which occurred in March, is the second lowest on record after winter 2017. The last quarters of 2016, 2017 and 2018 in the Antarctic experienced unusual losses of ice, while 2017 recorded the lowest and 2018 second lowest sea-ice extent since 1993.

Billions of people live alongside the ocean, and over three billion people depend on marine biodiversity for their livelihood. Consequently, these changes are forcing people across the globe to fundamentally alter how they coexist with the ocean.