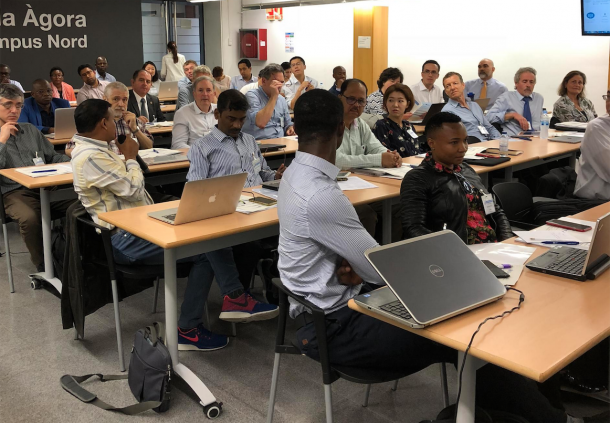 Over the past decade, the number of centres responsible for generating real-time operational climate prediction products, with dedicated computing and information delivery mechanism, has significantly increased. Demand of various types of users for climate predictions on timescales of weeks to decades has also been accelerating, as decision-makers in different sectors recognize their relevance for longer-term decisions and planning, including for adapting to and mitigating climate change impacts.

Advances in research, and their transition to operations, have improved climate predictions over the past decades. Further increases in skill of long-range forecasts are likely to come from improvements in the forecast models and tools and increasing scientific understanding of climate variability and change. Fostering the transition of climate predictability research results into operational use, while also communicating gaps and requirements from the operational to the research to guide future research foci is very important.

A series of workshops on Operational Climate Prediction were initiated by WMO in 2015 to facilitate a dialogue between various operational climate prediction centres, and to strengthen partnership between the operational and research communities. The first workshop in this series was held in Pune, India, on 9 to 11 November 2015. The second WMO Workshop was held from 30 May to 1 June 2018 in Barcelona Spain, and was hosted by the Barcelona Supercomputing Centre (BSC).

More than 50 participants shared their knowledge and expertise, identified good practices, recommended ways to bridge those gaps, in particular through strengthening linkages between research and operational communities. It was agreed to form a team for developing a Guidance on Operational Practices that will reflect advances in operational predictions. It was also recommended to develop a position paper on operational climate prediction, that will summarise enabling mechanisms for transitioning research to operational practice.