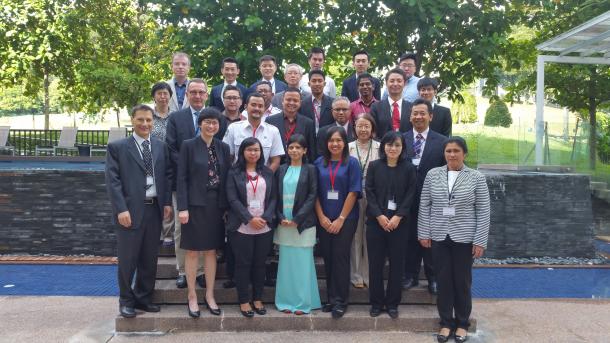 From October 2016 to March 2017, a SIGMET coordination pilot project was conducted by WMO in Southeast Asia in response to a Regional Forum on Meteorological Services for Aviation Safety held in 2015. The NMHSs of three target countries – Indonesia, Malaysia and Singapore with Meteorological Watch Office (MWO) responsibilities for the Jakarta, Ujung Pandang, Kuala Lumpur, Kota Kinabalu and Singapore flight information regions – actively participated in the pilot project.  Web-based tools were made available by the Hong Kong Observatory, China and Japan Meteorological Agency to assist MWOs to undertake their analyses and coordination in real-time, making optimal use of the latest Himawari-8 satellite imagery and other resources.

The pilot project enabled MWO forecasters to interactively coordinate in instances where hazardous meteorological conditions were observed or forecast to affect two or more of the five flight information regions. Prior to the issuance or renewal of SIGMET messages, MWO forecasters reached consensus on the parameters associated with a particular hazard, including its extent, intensity, growth/decay rate, direction and speed of movement. The coordination also allowed MWOs to exchange best practices, particularly through the monthly review of relevant case studies.

In view of its success and the benefits derived by the aviation community receiving the reliable and consistent SIGMET information, the MWOs agreed to continue their SIGMET coordination beyond the initial pilot phase. On 1 August, they transitioned to 24/7 operational SIGMET coordination. Other NMHSs with MWO responsibility have now expressed interest in joining or initiating similar cross-border SIGMET coordination.