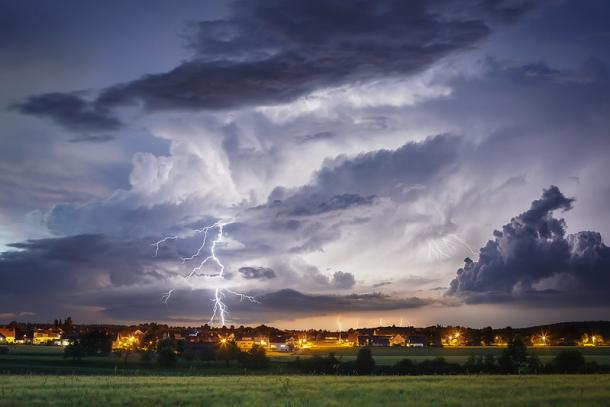 Lightning is the most common weather hazard encountered in the world (Christian et al., 2003). To better understand lightning risk and improve safety, the first Symposium on Lightning and Lightning Safety Awareness was hosted jointly by the Caribbean Meteorological Organization (CMO) and WMO on 19 to 20 May. The symposium was attended by 131 participants from 28 countries in the Americas, Caribbean, and Europe. International experts from WMO Regions III (South America), IV (North America, Central America, Caribbean) and VI (Europe) shared information on lightning impacts, lightning safety education and awareness, medical impacts of lightning and injury prevention, lightning protection, spatial and temporal distribution of lightning, lightning detection, weather forecast and climate applications.

Many deaths and injuries as well as damage to property are caused by lightning each year – more than 4 000 deaths per year according to studies of 24 countries and global estimates of 6 000 to 24 000 deaths annually (Holle, 2016). Yet, many people have little knowledge of how to avoid lightning’s harmful effects, which include long-term debilitating symptoms. Lightning parameters, such as flash density, peak in the tropics. So, the economies of least developed tropical countries, such as those in the Caribbean and Central America, suffer property loss from lightning fires, damage of electrical and electronic systems, downtime due to service outages, data losses and power quality problems. Lightning, therefore, can hinder sustainable development.

Lightning should be included in disaster risk management because it threatens the lives and wellbeing of large populations of people and livestock and is a persistent hazard in certain regions. For example, Jamaica and Belize have the most reported lightning-related deaths among CMO Member States and Lake Maracaibo in Venezuela has the global flash density maximum.

Lightning activity generally peaks in late summer months, during the mid-afternoon to evening, and in mountainous areas. Prediction of lightning flashes over Jamaica out to 54 hours correlates well with various convective indices and persistence. Variations in lightning parameters, detected by ground sensors and the GOES Lightning Mapper, can be applied to severe weather and tropical cyclone forecasting, which is especially valuable to the Caribbean and the Inter-Americas. At climate scales, El Niño Southern Oscillation (ENSO) modulates seasonal lightning. Lightning, which is expected to increase as warmer oceans produce more intense thunderstorms, also produces NOx, a greenhouse gas. Therefore, lightning has been classified as an essential climate variable (Aich et al. 2018). However, lightning data for climate applications are limited and are being augmented with historical “thunder days”.

Deaths and injuries from lightning are preventable. Medical experts shared that most injuries are from ground current (40%) and side flashes (20-30%), hence the need for actions to reduce exposure. The symposium, therefore, provided outreach to the most affected sectors including agriculture, fishing, energy and outdoor recreation as well as the experiences of regional lightning networks such as the Central American network. The National Lightning Safety Council in the United States has helped to reduce lightning deaths with safety awareness campaigns and slogans such as “When Thunder Roars Go Indoors”; with a similar message in Spanish, “Si escucha un trueno, vaya adentro”, and the commemoration of International Lightning Safety Day annually, on 28 June.

The Symposium contributed to WMO’s commitment to save lives and property and reduce the economic impact of natural hazards by building partnerships among the operational and research communities, public and private sector stakeholders, and the general public. Attendees included officials from National Meteorological Services, the media, agriculture, energy, aviation, outdoor recreation, fisheries, health, education, etc. Open discussion enabled knowledge exchange and initiation of collaborations. A post-event survey is helping lead organizers, Dr Arlene Laing, CMO, and Mr Rodney Martinez, WMO, understand what was gained from the Symposium and develop plans for the next steps, such as the formation of an ad-hoc regional working group on lightning.