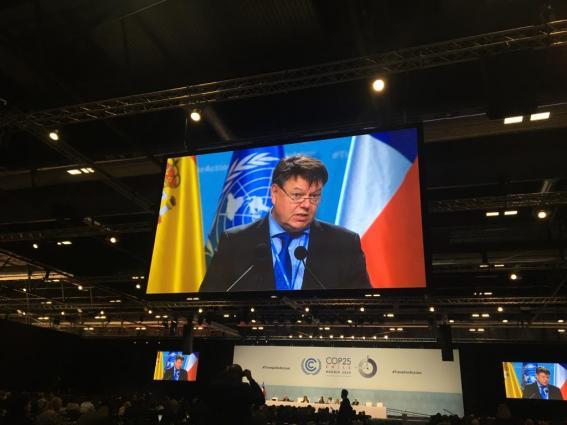 A key objective of COP25 is to raise overall ambition with respect to the full operationalization of the Paris Agreement, which aims to keep a global average temperature rise this century well below 2 °C and to drive efforts to limit the temperature increase even further to 1.5 °C above pre-industrial levels.

“Global warming continues. The average global temperature has risen by about 1.1 °C since the pre-industrial era and the ocean by half a degree. Two hundred and twenty million people suffered from heatwaves last year. We have started seeing growth in hunger once again. Now we have more than 800 million people suffering from lack of food,” Mr Taalas said in his address to delegates.

“The warming of the oceans has given more energy for tropical storms. Tropical Cyclone Idai hit Mozambique and was the strongest cyclone hitting the southern hemisphere in 100 years. Hurricane Dorian hit the Caribbean islands and the Bahamas lost 24% of its GDP in one day,” he said.

Mr Taalas urged COP25 delegates to focus on the business opportunities provided by the transformation to renewable energy and a low-carbon economy rather than short term economic costs.