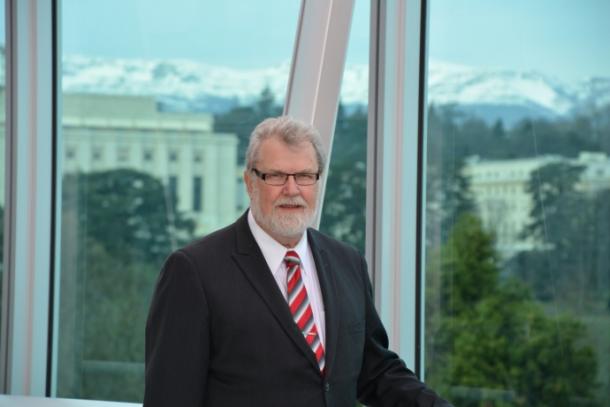 David Grimes, former WMO President (2011-2019), will become a Member of the Order of Canada for his outstanding leadership in meteorology and for his pioneering development of a global strategy on climate change and disaster-risk preparedness.

He served as Canada's permanent representative to WMO in 2006 and was appointed Assistant Deputy Minister for MSC in 2007.  Under his leadership and vision, MSC obtained significant new funding to upgrade the infrastructure and modernize the monitoring networks, radars, weather warning and forecasting systems, and the supercomputer.

Mr Grimes was active in WMO and other international forums for over 30 years. He has been among Canada’s negotiators for the United Nations Framework Convention on Climate Change (UNFCCC) and participated in the Intergovernmental Panel on Climate Change (IPCC).

Mr Grimes was first elected President of WMO in 2011 and served two consecutive terms. He helped shape the future direction of WMO. He led the development and subsequent adoption of the Global Framework for Climate Services. Other notable achievements during his tenure have been a sharper focus on the polar regions, and the development of the Global Cryosphere Watch.