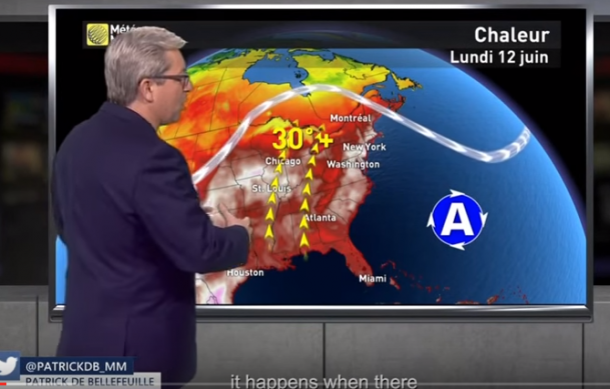 If humanity’s greenhouse gas emissions continue to increase, the average temperature of the Earth’s lower atmosphere could rise more than 4°C (7.2°F) by the end of the 21st century. But what does a rise in the global average temperature really mean? How would we experience it on a daily basis?

Weather presenters on TV and radio regularly inform us about the temperatures and other weather conditions that we feel on our skin and plan our day around. Because they know how to explain weather and climate in a useful and interesting way, WMO encourages weather presenters  to also reflect climate change science in their reports.

For (Northern Hemisphere) summer 2017, WMO partnered with Climate Central to invite presenters from a dozen countries to explore how climate change may affect summer heat in major cities by the end of the 21st century. They started by comparing the summer highs projected by 2100 for their city with cities that already experience those temperatures today. In addition to these videos, Climate Central has posted an interactive map to make it easier to visualize these “shifting cities.”

None of the worst-case futures presented in these video reports need to happen. What the weather presenters have created are only possible scenarios, and not true forecasts. Nevertheless, they are based on the most up-to-date climate science, and they paint a compelling picture of what life could be like on a warmer planet.

Watch the “summer in the city” climate reports here.