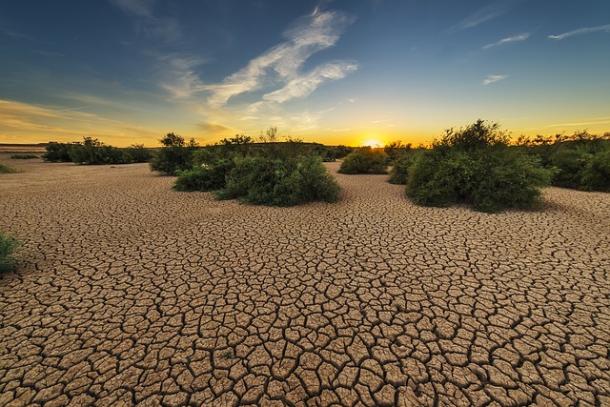 Drought is a prolonged dry period in the natural climate cycle that can occur anywhere in the world. It is a slow onset phenomenon caused by a lack of rainfall. Compounding factors, such as poverty and inappropriate land use, increase vulnerability to drought.

It has a major impact on food security, health and population displacement and migration.

Since time immemorial, drought has been a feature of the natural variability of our climate.  But the frequency, intensity, and duration of droughts are expected to rise in several parts of the world as a result of climate change, with an increasing human and economic toll.

Since the 1970s, the land area affected by drought has doubled, undermining livelihoods, reversing development gains and entrenching poverty among millions of people who depend directly on the land. In the period from 1970 to 2012, drought caused almost 680,000 deaths, due to the severe African droughts of 1975, 1983 and 1984.

Despite this, effective drought management policies are missing in most parts of the world. Response to drought tends to be piecemeal and crisis-driven, rather than proactive.

The Integrated Drought Management Programme (IDMP) is a joint initiative between WMO and the Global Water Partnership, and works with a wide range of partners in order to support stakeholders by providing them with policy and management guidance and by sharing best practices and knowledge for integrated drought management.

This is based on 3 pillars:

#3 Mitigation and Response: Drought mitigation includes both the structural (i.e. appropriate crops, dams and engineering projects) and non-structural measures (i.e. policies, public awareness, and legal framework) necessary to limit the adverse impacts of drought.  Drought response refers to the assistance administered during or immediately after the drought to save lives and meet the affected community’s basic needs.

Handbook of Drought Indicators and Indices