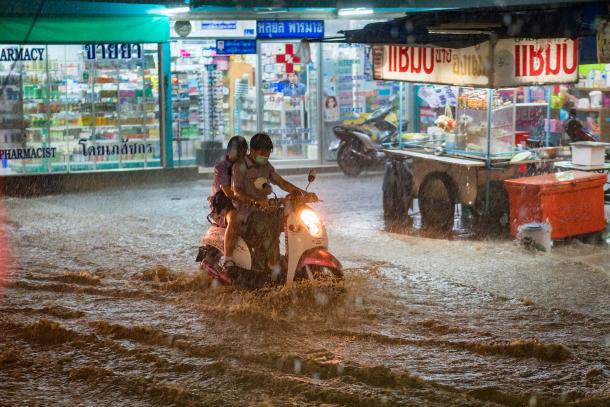 Floods are the deadliest natural hazards, striking numerous regions in the world each year. During the last decades the trend in flood damages has been growing exponentially. This is a consequence of the increasing frequency of heavy precipitation, changes in upstream land-use and a continuously increasing concentration of population and assets in flood prone areas. This is often exacerbated by inadequate flood planning and management practices.

In the period from 1970 to 2012, storms and floods caused over one million deaths.

Flash floods account for approximately 85% of the flooding cases and also have the highest mortality rate (defined as the number of deaths per number of people affected). They are among the world's deadliest disasters with more than 5,000 lives lost annually.

Flood plains are often attractive areas for human development and a vast share of the world’s population depends, whether directly or indirectly, on a number of key natural resources that are generally provided by floodplains.

Floods are an integral part of the natural regime of a river. This means that flood management plays an important role in protecting people and infrastructure from floods and flooding. Integrating flood risks into the management of water resources provides a rationale to shift away from a single focused approach – such as flood control – towards an integrated flood management approach.

20 million people are at risk from flooding with the associated damage costing nearly US$80 billion.

Atlas of Mortality and Economic Losses from Weather, Climate and Water Extremes (1970-2012)