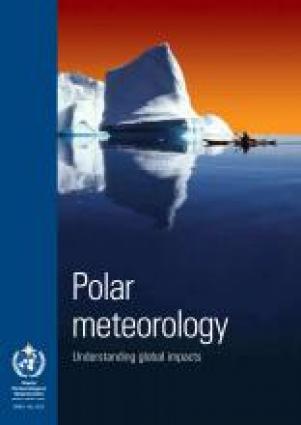 In 2005, on the occasion of its fifty-seventh session, the WMO Executive Council decided that the theme for the year 2007 would be “Polar meteorology: understanding global impacts”, in recognition of the importance of, and as a contribution to, International Polar Year (IPY) 2007‑2008, which is being co-sponsored by WMO and the International Council for Science (ICSU).  To ensure that researchers can work in both polar regions during the summer and winter months, the event will actually be held from March 2007 to March 2009.  The fundamental concept of the IPY is an intensive burst of internationally coordinated, interdisciplinary scientific research and observations focused on the Earth’s polar regions and their far-reaching global effects.

In recent years, there has been renewed interest in the climate and the environmental conditions in the polar regions, which has some important historical antecedents, since these regions have traditionally played a crucial role in WMO’s activities and in those of its predecessor, the International Meteorological Organisation (IMO).  In 1879, Second Meteorological Congress approved the concept of an International Polar Year, which was held in 1882-1883.  The second International Polar Year, which was also initiated by IMO, took place in 1932-1933.  The success of the first and second IPYs led to the development of a wider international geophysical year, extending to encompass the lower latitudes, rather than simply a new international polar year.  This was the International Geophysical Year (IGY), which lasted from 1 July 1957 to 31 December 1958 and had far-reaching consequences in terms of scientific research, through the involvement of 80,000 scientists from 67 countries.

Through the National Meteorological and Hydrological Services (NMHSs) and other institutions of its Members, WMO will be making substantial contributions to the new IPY in the areas of polar meteorology, oceanography, glaciology and hydrology, in terms of scientific research and observations.  Another essential input to the IPY will be provided through WMO's Space Programme.  Ultimately, the scientific and operational results of the IPY will be offering benefits to several WMO Programmes, by generating comprehensive datasets and authoritative scientific knowledge to ensure further development of environmental monitoring and forecasting systems, including severe weather prediction.  Moreover, it will provide valuable contributions to the assessment of climate change and its impacts, in particular if the observing networks to be established or improved during the IPY period can be kept in operational mode for many years.

As far as in situ meteorological observations are concerned, polar regions are some of the least densely covered areas on Earth.  Polar meteorology has, therefore, been relying extensively upon polar-orbiting satellites.  Early meteorological satellite data derived from these regions consisted mostly of visible and infrared imagery but, in recent years, a much wider range of products has become available from active and passive microwave instruments, allowing in particular for the determination of temperature and humidity profiles, even during cloudy atmospheric conditions, as well as of winds, the extension and concentration of sea ice and several other parameters.  In addition, this relative lack of in situ observations has also been partially compensated by the deployment of automatic weather stations (AWSs) and of buoys, fixed or drifting on ice.

Although the polar regions are generally distant from widely populated zones, there is a great need for reliable weather forecasts in these areas.  Around the Arctic, forecasts are needed for the protection of indigenous communities and in support of maritime operations, as well as for oil and gas exploration and production.  In the Antarctic, reliable forecasts are required for complex air and marine logistical operations, as well as in support of scientific research programmes and the expanding tourism industry.  Weather forecasting in both parts of the world presents some unique challenges, as compared to the extra-polar regions, but the notable advances made during recent years in terms of observing systems and numerical weather prediction have led to considerable improvement in the skill of weather forecasts, including those made for the polar regions.

During the last decades, significant changes were detected in the polar environment, such as a decrease in the perennial sea ice, the melting of some glaciers and permafrost and a decrease in river and lake ice.  These changes, which are even more evident in the Arctic than in the Antarctic, have been subject to considerable study.  The 2001 Third Assessment Report of the WMO co-sponsored Intergovernmental Panel on Climate Change (IPCC) indicates that the Earth’s global mean surface temperature increased by approximately 0.6°C over the 20th century.  The Report further estimates that globally averaged surface temperatures would be rising by 1.4 to 5.8oC over the period 1990-2100.  Overall, the IPCC has estimated that, by the year 2100, sea-level will have increased between 9 cm and 88 cm, which would pose a very significant problem for many Small Island Developing States and, in general, for all low-lying areas of the world.  Currently, the IPCC is in the process of preparing its Fourth Assessment Report, which will be released during 2007.

Shrinking of sea ice might induce serious changes in marine ecosystems, thereby affecting marine mammals and the vast krill populations that feed countless seabirds, seals and whales.  Permafrost is also sensitive to long-term atmospheric warming, so there is likely to be a progressive thawing of the frozen grounds around the Arctic, accompanied by the expansion of wetlands and the potential for considerable damage to supported buildings and infrastructure.  This melting would also have implications for the carbon cycle through the release of one of the major greenhouse gases, methane, which is trapped within the permafrost.

Ozone is an extremely important stratospheric gas, since it protects the biosphere by absorbing solar ultraviolet radiation.  The atmospheric ozone was first measured over the Antarctic by surface-based instruments during the 1957–1958 IGY.  Since the mid-1970s, a different pattern was detected at the end of southern hemispheric winters, since increasingly lower values of ozone were consecutively measured each year until the spring warming of the stratosphere set in. Accordingly, the discovery of the Antarctic ozone hole was an important consequence of the IGY.  It was finally determined that the “hole” developed in great part as a result of emissions of some widely used industrial gases.  However, following the response measures adopted, it now appears to be stabilizing.  If the provisions of the Montreal Protocol of 1987 on Substances that Deplete the Ozone Layer are adhered to, it is estimated that the ozone layer at mid-latitudes will be recovering its normal values by the middle of the present century and that, over the Antarctic, recuperation will demand an additional 15 years.

However important the study of polar meteorology may be per se, it is impossible to overemphasize the fundamental impacts of the polar regions on the global climate system as a whole.  Changes at higher latitudes can and do have significant impacts on all ecosystems and on all human societies, regardless of the geographic latitude.  Therefore, the impacts of polar meteorology must be considered within the broadest context.

There are indeed numerous examples of the global outreach of polar issues.  For example, polar ice constitutes effective thermal caps playing a critical role in sustaining the global oceanic circulation.  Moreover, the polar regions have a primordial role in determining the global climate system, which is driven by the energy received from the Sun, mostly at lower latitudes.  As a whole, the Equator receives over the year about five times as much heat energy as the Poles, and the atmosphere and the oceans respond to this large temperature gradient by transporting heat towards the Poles.  Therefore, the two polar regions are linked to the rest of the Earth’s climate system through rather complex paths based on combined atmospheric flow and oceanic circulation.

The El Niño–Southern Oscillation (ENSO) is a major mass fluctuation across the tropical Pacific Ocean, which is associated with periodic variations in the sea-surface temperatures of the eastern Pacific Ocean.  ENSO is in fact a large climatic cycle and it has been shown to affect regions far removed from the Pacific basin.  Statistical evidence shows, for example, that, in certain parts of Africa, ENSO can contribute to interannual rainfall variance and even to drought, as in fact attributed to the 1991-1992 El Niño event, when a devastating drought episode threatened some 18 million people with famine.  “Teleconnections” are defined as atmospheric interactions between widely separated regions and researchers are now investigating such relationships between polar weather and other weather and climate events.

The International Polar Year 2007-2008 will, therefore, be addressing a wide range of physical, biological and social issues, closely or indirectly linked to the polar regions.  The urgency and complexity of the changes being observed in the polar regions will demand a broad and integrated scientific approach.  Enhanced international collaboration and open partnerships resulting from this landmark scientific effort will, no doubt, stimulate and facilitate unrestricted data access and cross-cutting research initiatives.  Through an ample outreach effort, IPY will also represent a major step forward in making scientific knowledge available and accessible to the general public.  At the same time, a foremost concern will be the fact that the impacts derived from the polar regions are also important to the global climate system as a whole, so that many changes detected at the higher latitudes will also be found to have significant impacts on the sustainable development of all societies, regardless of geographic latitude.

Meteorology has long been recognized as a paradigm of a science without frontiers and polar meteorology is perhaps the ultimate example of this principle.  Therefore, as the international meteorological community celebrates World Meteorological Day 2007, it is my hope that all Members of the World Meteorological Organization will recognize the importance of polar meteorology and its potential global impacts on their lives, their security and their prosperity. Moreover, it is also my expectation that the outcomes of this endeavour will contribute to a better understanding of climate variability and climate change, as well as to the development of much needed climate applications to address some of the major challenges of the 21st century.