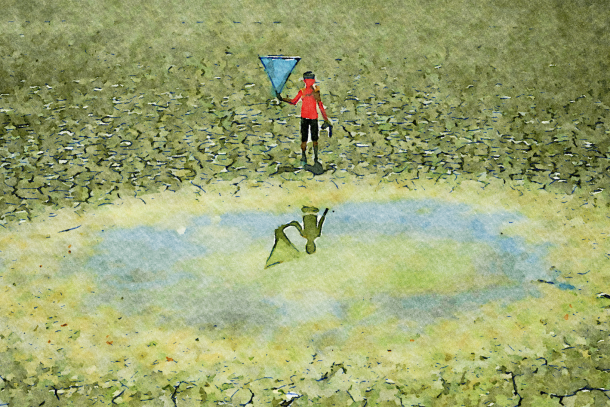 Specifically, the UN estimates that 50% of the total share of climate finance provided by all developed countries and multilateral development banks needs to be allocated to adaptation and resilience.

Developing countries require an estimated US$ 70 billion to meet their adaptation plans. But the figure could reach up to US$ 300 billion in 2030, and US$ 500 billion in 2050.

An additional challenge is that many developing countries do not have the high- quality climatological data needed to fully understand their current and future climate and make informed decisions about what they need to adapt to.

People-centred, gender-sensitive multi-hazard early warning systems are a highly effective way of strengthening adaptation and resilience. It is estimated that investments in these services can save lives and assets worth at least ten times their cost.

According to the Global Commission on Adaptation, a 24-hour advance warning of a coming storm or heatwave can cut the ensuing damage by 30 percent. Expenditure of US$ 800 million on early warning services in developing countries would potentially avert losses of US$3–16 billion per year.

Despite this, on average one in three people is still not covered by early warning systems. And dissemination and communication of these warnings is too weak in many developing countries to ensure that they reach the last mile where people are most at risk.

Fortunately, the international community is being galvanized into action to ensure that this changes.

The Alliance for Hydromet Development brings together major international development, humanitarian and climate finance institutions to strengthen the provision of high-quality weather, climate, hydrological, and related environmental services (‘hydromet‘) which provide the foundation for effective climate adaptation and resilience action.

The Systematic Observations Financing Facility has been created to ensure more sustainable hydromet financing and close the observation gaps.

Many disasters are water-related – and the cause for more concerted action is championed by the Water and Climate Coalition.

WMO works with UNDRR and the World Bank Global Facility for Disaster Risk Reduction as implementing partners of the Climate Risk and Early Warning Initiative (CREWS), dedicated to saving lives and livelihoods through increased access to early warnings and risk information for people in Least Developed Countries and Small Island Developing States.

Projects include improving warnings of hazards like floods in countries ranging from Afghanistan to Niger, better communication and awareness of tropical cyclones and hurricanes in the Caribbean and Pacific, and strengthening the capacity of national meteorological and hydrological services to prepare and deliver these forecasts and warnings.

The number of such initiatives is growing. But so is the urgency of climate action.