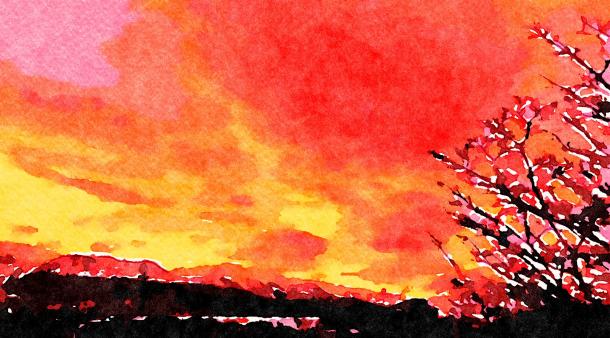 The occurrence of extreme events is unprecedented in the observed record and will increase with increasing global warming, according to the Sixth Assessment report from the Intergovernmental Panel on Climate Change (IPCC). Every bit of warming matters.

It says that “human-induced climate change is already affecting many weather and climate extremes in every region across the globe. Evidence of observed changes in extremes such as heatwaves, heavy precipitation, droughts, and tropical cyclones, and, in particular, their attribution to human influence, has strengthened” since the Fifth Assessment report in 2014.

Heat extremes have become more frequent and more intense across most land regions since the 1950s, according to the IPCC. All regions are affected.

In terms of the impact on society, heatwaves are happening more regularly, are starting earlier and ending later. Temperatures over 40°C and even 50°C are becoming increasingly frequent in many parts of the world, posing a major threat to human health and well-being.

Thus, two extreme heatwaves in 2003 (western Europe) and 2010 (Russian Federation) accounted for 80 percent of weather-related deaths in Europe from 1970-2019. Lessons learned from the 2003 heatwave were instrumental in ushering in heat-health early warnings and action plans and these are now being promoted by the Global Heat Health Information Network.

Limiting global warming to 1.5°C instead of 2°C could result in around 420 million fewer people being frequently exposed to extreme heatwaves, according to the IPCC.

Climate change also plays out through the water cycle - a warmer atmosphere holds more moisture. As such, the frequency and intensity of heavy rainfall events has increased since the 1950s and this is expected to continue. Extreme daily precipitation events are projected to intensify by about 7% for each 1°C of global warming, says the IPCC.

There are numerous examples of a month or even many months’ worth of rainfall falling in a matter of hours or days, with devastating and deadly flooding – as seen in Africa, Asia, Europe, North and South America in the past few years.

At the same time, increasing global warming is also projected to increase the land area affected by more frequent and severe droughts, a notorious slow-onset disaster.

The proportion of intense tropical cyclones (categories 4-5) is expected to increase at the global scale with increasing global warming, thus increasing the vulnerability of growing coastal populations. There is some evidence that climate change is affecting their tracks, especially in the western North Pacific.

We are witnessing more compound disasters. According to the IPCC, the probability of compound flooding (storm surge, extreme rainfall and/or river flow) has risen in some locations, and will continue to increase due to both sea level rise and more intense precipitation.

Concurrent heatwaves and droughts are likely to become more frequent, with the associated risk of wildfires.