Early warnings save lives and livelihoods 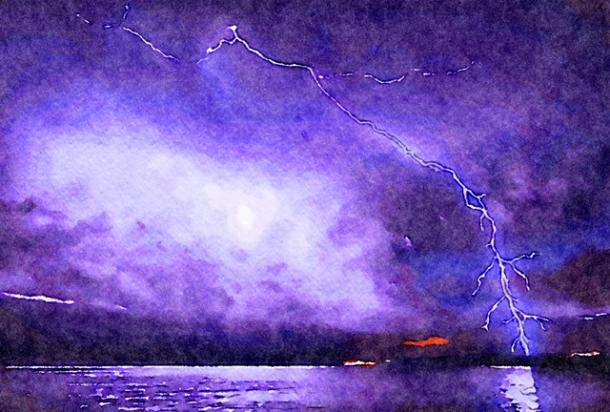 Early warnings save lives and livelihoods

But, behind the grim statistics is a message of hope. Improved multi-hazard early warning systems have led to a significant reduction in mortality.

Quite simply, we are better than ever before at saving lives. Supercomputers and satellite technology have facilitated huge leaps in our forecasting ability and the emergence of user-tailored services, underpinned by decades of research. Artificial intelligence is now complementing human ingenuity. There is stronger international, regional and national coordination, matched by active community mobilization. Mobile phone alerts and weather apps reach even remote areas.

But every life lost is one too many and more can be done.

There are large gaps in weather observations, especially in Africa and Small Island Developing States. In Africa, in 2019 just 26% of reporting stations met WMO standards. Given that a chain is only as strong as its weakest link, these gaps pose a risk to the accuracy of early warnings locally and globally.

The WMO Global Multi-hazard Alert System (GMAS) seeks to address the challenges by increasing the availability of authoritative warnings and information from the WMO Severe Weather Information Centre and to support early action.

GMAS seeks to leverage and strengthen national early warning systems and alerting authorities, capacity and investment, and cross-border cooperation. It embeds the so-called Common Alerting Protocol – automated and standardized emergency warnings which are suitable for all hazards and all telecommunications media and which communicate key facts such as: What is it? Where is it? How soon is it? How bad is it? What should people do?

Experience shows that straightforward warning symbols and colour codes (eg, red, amber, green) are highly effective. By the same logic, tropical cyclones and storms are named for public safety reasons, not for fun.

Rather than re-inventing the wheel, GMAS will provide a framework to strengthen existing warning capacity and to close the gaps.

It builds on the successes of acclaimed WMO initiatives to tackle major threats to lives and property, including tropical cyclones, coastal storm surges, floods and flash floods, drought and heatwaves. Most WMO programmes these days embrace the philosophy of Early Warning and Early Action.

Millions of people are at risk of preventable death and illness from extreme heat. The Global Heat Health Information Network is helping to increase awareness and capacity to better manage and adapt to the health risks of dangerously hot weather in a changing climate.

Progress in climate science mean that we can now predict, several months in advance, phenomena like El Niño and La Niña, which have a big impact on temperature, rainfall and storm patterns in different parts of the world. Major steps forward have also been realized on sub-monthly time scales – a scale that lies between the well-established routine use of weather forecasts and newer seasonal forecasts, when many management decisions are made. Seasonal and sub-seasonal climate outlooks at international, regional and national level are an essential disaster management planning tool. They inform decision-making in climate sensitive sectors like agriculture (what and when to plant etc), health (water-borne diseases, heat-related illnesses) and water management (too much or too little).

The WMO community is stepping up the provision of user-friendly early warning services on air quality, ultraviolet radiation and environmental hazards including sand and dust storms.

An international tsunami warning and mitigation system seeks to reduce the catastrophic impacts of this dangerous coastal hazard, which has claimed more than a quarter of a million lives in the past 100 years. The tsunami in Tonga underlined the importance of investing in early warning systems and resilient infrastructure and increasing international cooperation to reduce tsunami risk.