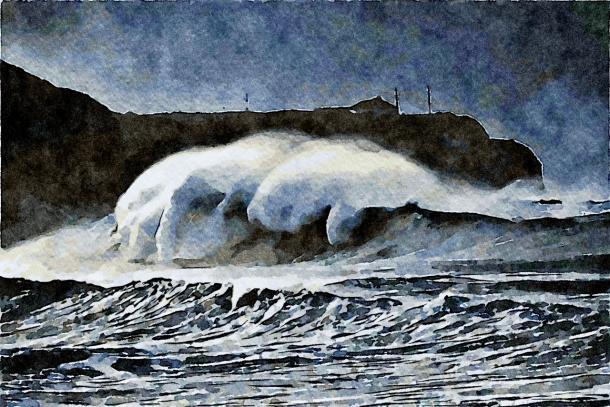 According to WMO’s Atlas of Mortality and Economic Losses from Weather, Climate and Water Extremes 1970-2019, the number of disasters increased five-fold between 1970 and 2019. Economic losses have increased even more – by a factor of seven.

However, thanks to improved early warnings and disaster risk reduction strategies, the number of deaths decreased almost three-fold since 1970.

Droughts have claimed the most lives over the past 50 years, especially in Africa. There were an estimated 450,000 deaths related to drought in Ethiopia and Sudan in 1983. Storms have inflicted the second heaviest casualty toll, particularly in Asia (a tropical cyclone killed 300,000 in Bangladesh in 1970 and another 140,000 in 1991).

Unfortunately, the poor are hardest hit. Approximately nine in ten deaths are in developing countries.

Tropical cyclones caused the most economic damage in the past 50 years, followed by floods. Hurricane Katrina, which hit the United States in 2005, was the costliest disaster, with reported losses of a staggering US$163.61 billion. The next three costliest disasters were all in 2017 (Hurricanes Harvey, Maria and Irma).

All too often, we face simultaneous multiple hazards, with cascading impacts on infrastructure, agriculture, transport, energy and health systems.

This was exemplified by the underwater volcanic eruption and resulting tsunami in the Pacific island nation of Tonga in January 2022. In addition to the physical devastation, the people of Tonga were confronted with health threats from volcanic ash and gases. Coping capacity has been decimated at the height of the annual tropical cyclone season. Pressure and tidal waves as a result of the explosion travelled around the globe, with many impacts including an oil spill off the Peruvian coast.

Heatwaves are often associated with drought, poor air quality and wildfires – which in turn can exacerbate the risk of flash flooding during any subsequent rains.

As a result, extreme weather and climate change impacts have become leading contributors to food crises, displacement and migration and socio-economic insecurity. COVID-19 has added an extra layer of complexity to disaster management and greatly increased the burden on health facilities.

In 2020, an estimated 30 million people were displaced by weather-related disasters, according to the UN Office for Disaster Risk Reduction. The pandemic combined with extreme weather events including drought is having devastating effects on global hunger and poverty. 2.3 billion people lacked adequate year-round access to food in 2020.

Increasing socio-economic costs jeopardize sustainable development. This trend is expected to continue as people, assets and infrastructure are exposed to risk in our inter-connected, urbanized world. By 2030, an estimated 50 per cent of the world's population will live in coastal areas exposed to flooding, storms and tsunamis.

The WMO community is therefore striving to increase capacities to identify and reduce the risks associated with such extremes. A new initiative, “Cataloguing of Hazardous Weather, Climate, Water, and Space Weather Events,” will strengthen the statistical basis for national development, planning and prevention and provide a solid foundation for understanding hazard exposure and impacts.