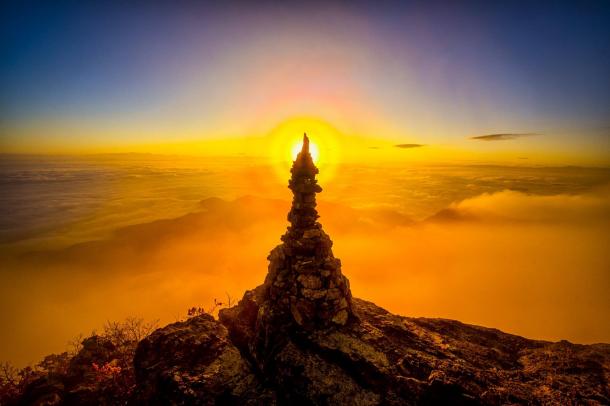 The Sun delivers the energy that powers all life on Earth. It drives the weather, ocean currents and the hydrological cycle. It shapes our mood and our daily activities. It is the inspiration for music, photography and art.

The Sun is a star, just like the ones we can see in the night sky, but much, much closer. Located nearly 150 million kilometres from the Earth, it is the heart of our solar system and keeps our planet warm enough for living things to thrive. For over 4.5 billion years, this hot ball of glowing plasma has been the driving force behind weather, climate and life on Earth.

Without the steady light and heat of the Sun, life on Earth would cease to exist. The Sun's heat makes liquid water on our planet possible. And all life – bacteria, plants, insects, animals, humans – needs liquid water to survive. The Sun powers the hydrological cycle, constantly evaporating water into the atmosphere, which then falls back to Earth.

Over the span of 11 years, the Sun’s activity waxes and wanes as magnetic field lines that are wound and tangled inside the Sun periodically break through to the surface, producing sunspots that travel across the face of the Sun. The heightened magnetic activity associated with sunspots can lead to solar flares, coronal mass ejections, and other far-reaching electromagnetic phenomena. The Aurora Borealis (Northern Lights) and Aurora Australis (Southern Lights) are visible manifestations of space weather.

National Meteorological and Hydrological Services provide expertise and services both to harness the power of the Sun and to protect us from it. These include 24/7 weather observations and forecasts, as well as monitoring of atmospheric greenhouse gases, ultraviolet radiation, aerosols and ozone and their consequent effects on people, climate, air and water quality and marine and terrestrial life.

The Sun and seasons

The tilt of Earth’s axis relative to its orbit around the Sun determines the duration of daylight and the amount of sunlight received at any latitude, ranging from polar to equatorial regions. These changes cause the annual cycle of seasons and associated temperature changes.

The Equinox in the Northern Hemisphere occurs twice a year around 20 March (the spring equinox) and around 22 September (the autumn equinox). They occur between the summer and winter solstices marking the point the sun crosses the equator's path and becomes positioned exactly above the equator between the Northern and Southern Hemisphere. Except at the equator, the equinoxes are the only dates with equal daylight and dark. At the equator, all days of the year have the same number of hours of light and dark.

When it is the summer solstice in the Northern Hemisphere, the areas north of the Arctic circle receive sunlight for a full 24 hours, while areas south of the Antarctic circle have a full day of total darkness. This situation is reversed at the winter solstice.

The Sun’s volume would need 1.3 million Earths to fill it.

The Sun’s rotation period at the Equator is about 27 days and at the Poles about 36 days.

The equilux is when day and night are equal and occurs a few days before the spring equinox, and a few days after the autumn equinox.

How does the Sun affect the environment? American Museum of Natural History

Climate change and the rise and fall of civilizations