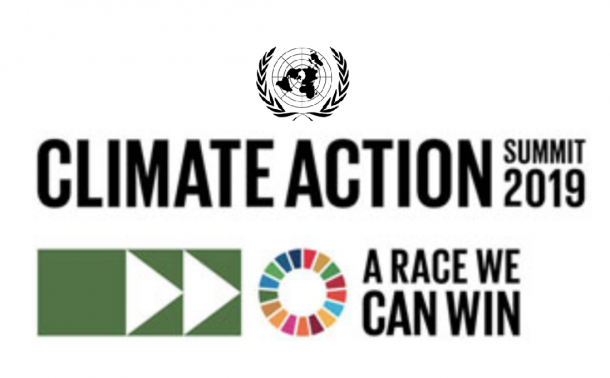 The world’s leading climate science organizations released a landmark new report, United in Science, at the UN Climate Action Summit. The report has been coordinated by WMO and compiled under the auspices of the Climate Science Advisory Group, which is co-chaired by WMO Secretary-General Petteri Taalas and Leena Srivastava (International Institute for Applied Systems Analysis). It comprises international climate scientists that are highly recognized and respected in their field and have expertise in different areas including mitigation and adaptation.

The WMO contribution to the report will include the key findings of a five-year (2015-2019) WMO Statement of the State of the Climate, up-to-date information from the WMO Global Atmosphere Watch Greenhouse Gas Bulletin, and findings and lessons learned from the 2019 State of Climate Services Report, which will be launched at the Convention of Parties (COP) to the United Nations Framework Convention on Climate Change in Santiago, Chilie, in December.

For more than 25 years, WMO has issued an annual Statement on the State of the Global Climate. It is based on data provided by National Meteorological and Hydrological Services and other national and international organizations. These reports have been published in the six official languages of the United Nations – Arabic, Chinese, English, French, Russian and Spanish – to inform governments, international agencies, other WMO partners and the general public about the global climate, significant weather and climate trends, and events at the global and regional levels.

Changes in Earth's atmospheric composition are a serious cause of concern for humanity as they impact weather and climate, human and ecosystem health, water supply and quality, agricultural production, and many socio-economic sectors. The most pressing of the related problems include climate change - due to steadily increasing amounts of greenhouse gases, especially carbon dioxide.  The WMO Global Atmosphere Watch studies the variability and trends in atmospheric composition and related physical parameters, and assesses the consequences thereof. The Global Atmosphere Watch provides reliable scientific information for national and international policymakers and monitors climate change and long-range transboundary air pollution. Its annual Greenhouse Gas Bulletin reports on the latest trends and atmospheric burdens of the most influential, long-lived greenhouse gases; carbon dioxide (CO2), methane (CH4), and nitrous oxide (N2O), as well as a summary of the contributions of the lesser gases. The Bulletins represent the consensus of a consortium of networks operated since the mid-1980s. These three major gases alone contribute about 88% of the increase in radiative forcing of the atmosphere by changes in long-lived greenhouse gases occurring since the beginning of the industrial age (since 1750).

The 2019 State of Climate Services Report will present findings and lessons learned to help countries, funding agencies and development partners to assess the steps needed to address gaps in the climate services value chain to achieve greater resilience, improve adaptation and development outcomes and, ultimately, reduce poverty through risk-informed systems at country level. It provides insight into the status of play, the value and the role climate services play in support of adaptation with a particular focus on agriculture. The Report is the work of Global Framework for Climate Services partners - including WMO, the Adaptation Fund, CGIAR Research Program on Climate Change, Agriculture and Food Security, Food and Agriculture Organization of the United Nations, the Green Climate Fund, the Global Environment Facility, the World Bank Group, Global Facility for Disaster Reduction and Recovery and World Food Programme.

The report was released ahead of the United Nations Climate Action Summit. UN Secretary-General António Guterres is calling on all leaders to come to New York on 23 September with concrete, realistic plans to enhance their nationally determined contributions by 2020, in line with reducing greenhouse gas emissions by 45% over the next decade, and to net zero emissions by 2050.

Global emissions are reaching record levels and show no sign of peaking. The last four years were the four hottest on record, and winter temperatures in the Arctic have risen by 3°C since 1990. Sea levels are rising, coral reefs are dying, and we are starting to see the life-threatening impact of climate change on health, through air pollution, heatwaves and risks to food security.

The latest analysis shows that if we act now, we can reduce carbon emissions within 12 years and hold the increase in the global average temperature to well below 2°C and even, as asked by the latest science, to 1.5°C above pre-industrial levels. 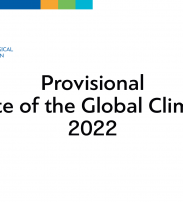 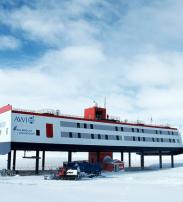