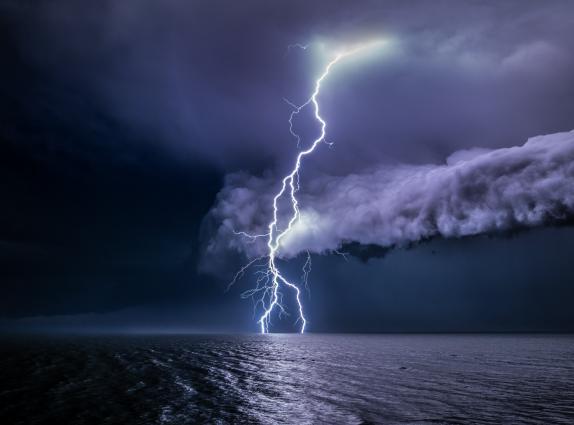 The WMO photo competition is now closed. Voting is currently underway on our Facebook and Instagram pages.

The WMO photo competition is now open for public voting! We are a bit later than usual this year, but the selection is better than ever.

We received more than 1 100 entries from all over the world. Many are absolutely stunning and most illustrate the theme “The Ocean, our climate and weather,” which is the topic of World Meteorological Day 2021.

WMO is currently marking its 70th anniversary. An internal WMO jury has therefore shortlisted 70 photos based on technical quality and clarity, visual impact and flair, and which reflect regional diversity.

We are now publishing the shortlisted photos on Facebook and Instagram, allowing our followers to vote for their favourites. The competition will also be promoted via Twitter and other U.N. social media accounts.

The public vote is open until 31 October to give you plenty of time to have your say.

The WMO jury (which consists of communications experts, photographers, meteorologists, marine and atmospheric scientists) will make the final decision on the 13 photos for inclusion in the calendar (one for the cover and one for each month).

The outcome will be based on a combination of the social media votes and technical and artistic merit and also reflect geographical balance in accordance with WMO’s status as a United Nations agency.

Winning entries will feature in the WMO 2021 online calendar. They will be showcased on the WMO website and social media platforms and feature prominently in our World Meteorological Day 2021 celebrations.

WMO will also promote them among other U.N. agencies and showcase them during the UN Decade of Ocean Science for Sustainable Development to be held from 2021-2030.

As always, there will be lots of recognition but no financial reward, as per the submission guidelines.

Since it was launched in 2014, the WMO calendar competition has gained in stature and recognition. The United Nations regularly features our photos. Some National Meteorological and Hydrological Services also run their own photo contests and feed these entries to WMO.

WMO thanks everyone who submitted images in a year overshadowed by the COVID-19 pandemic and the increasing impacts of climate change.

We live on a beautiful planet. Let’s protect it.