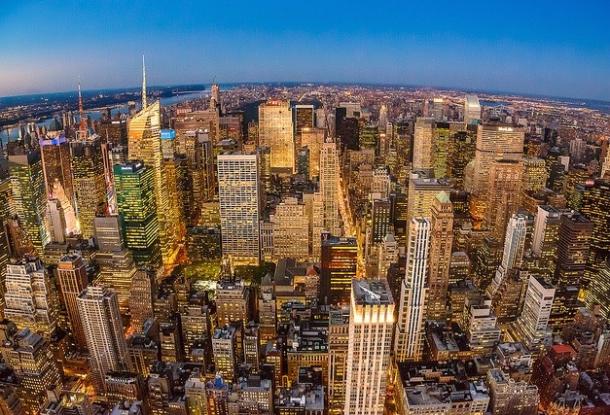 Some 3.5 billion people reside in urban areas. This number is projected to reach 6.3 billion by 2050, increasing from 50% to more than 70% of the world’s population. Cities are centres of creativity and economic progress but they also face many environmental challenges due mainly to air pollution and weather, climate and water-related hazards.

Since 2007, for the first time in history, the majority of the world's population has been living in urban areas. Megacities, typically defined as cities with a population of over 10 million, cover less than 0.2% of the Earth's land area, however, 1 person in 10 on our planet lives in a megacity. Most urban dwellers live in cities in developing and least-developed countries, often in informal settlements vulnerable to weather, climate and water-related hazards and facing elevated air pollution levels.

Populations in urban areas are particularly vulnerable to air pollution, weather extremes, including heatwaves, flooding, droughts and storm surge for those in coastal areas, and climate change impacts. Increasingly dense, complex and interdependent urban systems can leave cities exposed to a domino effect – where a single extreme event leads to general infrastructural breakdown – with lasting consequences. This very interdependence requires an integrated approach to urban weather, environment and climate services aimed at city dwellers and decision-makers: from weather and climate predictions to actions with community involvement and in urban planning.

The accelerating growth of urban populations, especially in developing countries, has become a driving force of human development. Crowded cities are centres of creativity and economic progress but also often suffer from polluted air and flooding. They face major weather, climate, water and environment-related challenges. Increasingly dense, complex and interdependent urban systems leave cities vulnerable: through a domino effect, a single extreme event can lead to a broad breakdown of a city’s infrastructure.

Meteorological and related services provide essential information and forecasts that can assist urban decision-makers to face these challenges. These services can be used by emergency managers to map out risks and provide early warnings. They can be used by transport departments to minimize emissions, health providers to prepare heat-action plans and responses to severe pollution events, and agriculture and clean-energy managers to optimize production. Water departments can rely on such services to implement integrated flood-management plans, and urban planners can use them for sitting buildings and infrastructure where they will be less vulnerable to sea-level rise and other climate change and environmental impacts.
WMO is promoting safe, healthy and resilient cities through the development of Urban Integrated Weather, Environment and Climate Services. The aim is to build urban services that meet the special needs of cities through a combination of dense observation networks, high-resolution forecasts, multi-hazard early warning systems, disaster management plans and climate services. This approach gives cities the tools they need to reduce emissions, build thriving and resilient communities and implement the UN Sustainable Development Goals.

The Guidance on Integrated Urban Hydro-Meteorological, Climate and Environmental Services (IUS), developed by a WMO inter-programme working group and the Commission for Atmospheric Sciences and Commission for Basic Systems, documents and shares the good practices that will allow countries and cities to improve the resilience of urban areas to a great variety of natural and other hazards.

Natural hazards are severe and extreme weather and climate events that occur in all parts of the world, although some regions are more vulnerable to certain hazards than others. Natural hazards become disasters when people’s lives and livelihoods are destroyed.

Weather prediction has achieved immense progress, driven by research and increasingly sophisticated telecommunication, information technology and observational infrastructure. Predictive skill now extends in some cases beyond 10 days, with an increasing capability to give early warning of severe weather events many days ahead.

Humanity must be able to anticipate future climate with some reasonable degree of confidence in order to innovate and adapt successfully. The proposed Global Framework for Climate Services promises to meet the challenge of providing effective climate services for decision-making in four initial priority areas – agriculture and food security, disaster risk reduction, health and water – before expanding to provide such services to a broader spectrum of users.

by Sue Barrell | Meteorology has made significant progress in the quality and diversity of services in the last few decades as a result of impressive advances in research.

By WMO Secretariat | The core business of national meteorological services (NMSs) is to serve public good by providing essential – reliable – weather, climate and related information to the community at large.

By Sue Grimmond and the WMO Secretariat

Over the past few hundred years, people have increasingly clustered in large settlements, to the point where the world’s urban population now exceeds its rural population.