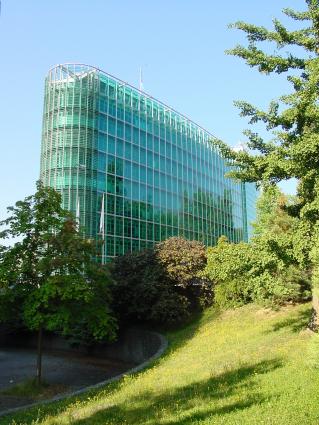 Architects Rino Brodbeck and Jacques Roulet submitted the Chic Planète project to the WMO competition for the design of a new Headquarters in 1993. They were constrained by budgets, geography – the site is a narrow strip bound by roads and a railway between existing buildings – and the need for an efficient, energy-saving work environment that catered to the needs of its staff.

Aluminium, glass, stone and concrete are the main building materials used in a delicate compromise between maximum light penetration and optimal heat retention or cooling. The building has its own gas-powered, internal generator, so it can be disconnected from the national grid during daily – and expensive – peak periods. It uses Canadian wells, built into the foundations of the car park and linked through the supporting infrastructure of the main building to all floors. The system sucks in cold air that rises as it heats up. This natural process of heat transfer maintains the building at a constant optimal temperature, between 20 and 26 °C.

The incorporation of the twin flow ventilation system into the supporting pillars of the building is aesthetically pleasing and cost-effective, as it does away with the need for false ceilings and does not detract from the integrity of the structure as a whole. Double floors on the ground floor also allow for enhanced acoustics. Savings resulting from the lack of false ceilings and floors allowed for the creation of an innovative double facade, a protective skin around the core of the building. This functions as a thermal flue, insulating the building from the vagaries of mountain weather. It constitutes an intricate compromise between heat and light.

Using innovative and time-honoured techniques of energy conservation, the elegant structure of the WMO building bears testimony to the commitment of WMO to the protection of the environment and the rational and economical use of energy. It is designed to improve the working environment with its modern facilities. – G.O.P. Obasi, WMO Secretary General 1933-2007

The design of the building is an organic synthesis between the interior and the exterior, between context and function. The tight constraints of the site forced the east/west alignment of the building, which leaves the facades exposed to the bitter mountain winds from the north and the full glare of the sun to the south. The northern windows of the outer skin are, therefore, permanently closed, providing insulation.

The southern facade, however, is made up of panels that can be opened and closed. The entire facade is specially coated to reduce ultraviolet absorption and, to the south, the glass is further reinforced to provide 40 per cent more shade. Altogether the design and composition of the southern facade let only 17 per cent of solar heat penetrate inside. All inner windows can be opened, so each office can be adapted to individual comfort levels.

The double skin also provides an effective ventilation system, which complements the Canadian well. The system incorporates an automatic night ventilator that operates in the hot summer months. In the coolest hours of the day – between midnight and dawn – it sucks cold air from the basement through the emergency stairwells in the centre of the building and out onto each floor by means of ventilators that open automatically. The air is circulated and every working space is refreshed in time for work to begin in the morning.

One of the innovations of the building’s Modernist architecture was the inventive manipulation of natural light, which floods the interior then is reflected off the spacious light grey walls of the central core. The interior office walls are made of glass, cutting down on harsh artificial light. The lighting system operates through a series of sensors that react to movement within a given space; the energy allocation is further adjusted to take account of available natural light, giving balanced and consistent illumination at lower cost. The sensors are automatic and the bulbs themselves are energy efficient.

The building is at once pragmatic and emblematic – a hi-tech response to geography from the creativity of science and a symbol of the commitment of WMO to the protection of the environment and the rational and economical use of energy. 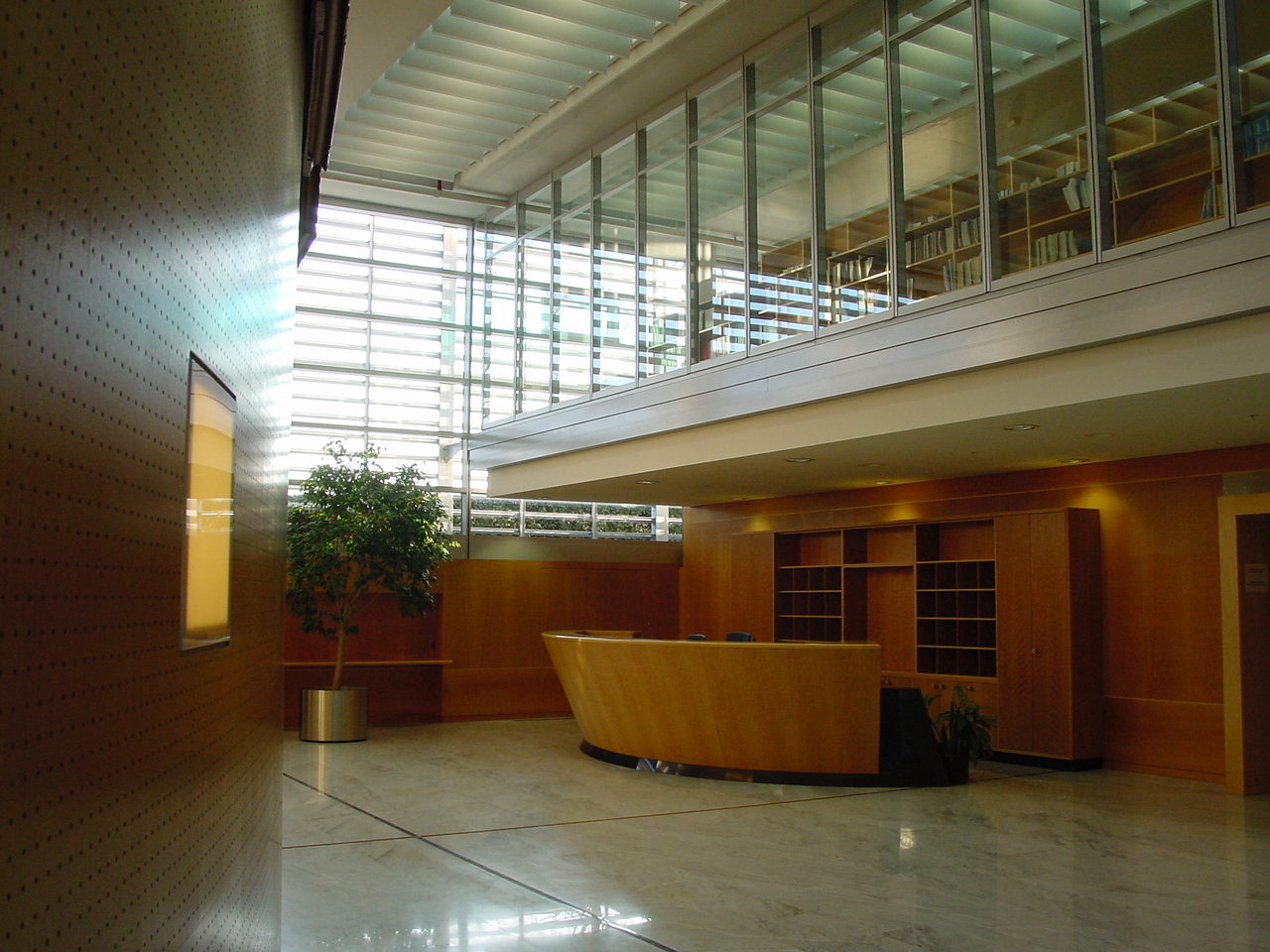 All meeting rooms are equipped with wi-fi.

A stylish modern decor in natural materials and the careful use of natural light offer a pleasant environment for delegates to work together and interact.

For further information on the WMO Conference Centre, please send an email to cnf@wmo.int.

A list of hotels offering preferential rates to delegates to UN meetings in Geneva is available on request. Delegates should send their requests to the address written on the invitation letter received from WMO.

Who we are
What we do
How we do it