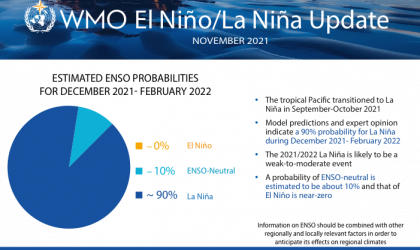 La Niña has developed for the second consecutive year and is expected to last into early 2022, influencing temperatures and precipitation. Despite the cooling influence of this naturally occurring climate phenomenon, temperatures in many parts of the world are expected to be above average because of the accumulated heat trapped in the atmosphere as a result of record high levels of greenhouse gases, according to the World Meteorological Organization (WMO). 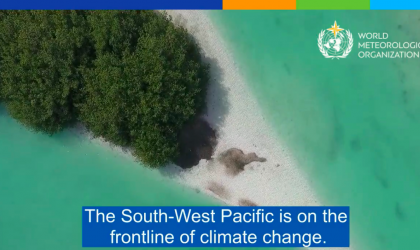 Sea surface temperatures and ocean heat in parts of the South-West Pacific are increasing at more than three times the global average rate, with marine heatwaves bleaching once vibrant coral reefs and threatening vital ecosystems upon which the region depends. 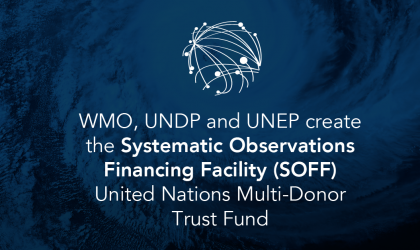 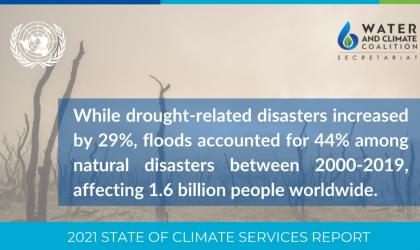 Climate change is exacerbating both water scarcity and water-related hazards, as rising temperatures disrupt precipitation patterns and the entire water cycle. Currently, 3.6 billion people face inadequate access to water at least a month per year and this is expected to increase to more than 5 billion by 2050. 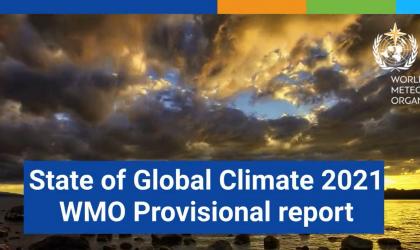 State of Climate in 2021: Extreme events and major impacts

Record atmospheric greenhouse gas concentrations and associated accumulated heat have propelled the planet into uncharted territory, with far-reaching repercussions for current and future generations, according to the World Meteorological Organization (WMO).