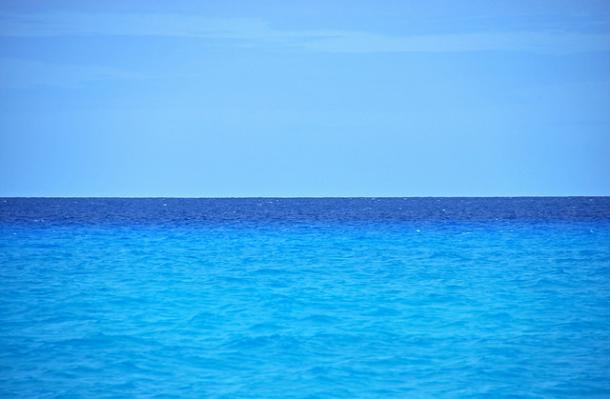 When it comes to the weather and climate, most of us think only about what is happening in the atmosphere. If we ignore the ocean, however, we miss a big piece of the picture: covering some 70% of the Earth’s surface, the ocean is a major driver of the world’s weather and climate.

The ocean is also a major driver of the global economy, carrying more than 90% of world trade and sustaining the 40% of humanity that lives within 100 km of the coast. Recognizing this, national weather agencies and researchers regularly monitor the ocean, model how it affects the atmosphere and deliver marine services to support coastal management and safety at sea. Today, the growing impacts of climate change are making ocean observations, research and services more critical than ever before.

Ensuring safety at sea and on land

WMO collaborates with the International Maritime Organization (IMO) to provide standardized information, forecasts and warnings to ensure the safety of life and property at sea. This increasingly includes disseminating maritime safety information for the Arctic, where melting sea ice is boosting marine traffic. WMO works to improve search and rescue operations and emergency responses to environmental hazards such as oil and chemical spills and radionuclide fallout. It also supports the efforts of national weather agencies to deliver forecasts and warnings to protect coastal and inland communities from hazards such as ocean-generated storms and related storm surges, coastal flooding and high winds. Developing multi-hazard early warning systems for addressing coastal inundation is now a high priority.

The enormous amount of energy captured by the ocean creates the world’s most powerful and destructive storms, known variously as cyclones, typhoons and hurricanes. WMO Regional Specialized Meteorological Centres and Tropical Cyclone Warning Centres facilitate international collaboration and the sharing of best practices (they also decide on the names of each year’s storms to improve coordination and the clarity of warnings).

Rising sea levels can damage freshwater supplies and worsen storms and coastal inundation. Better projections of how storm patterns will change, polar ice sheets melt and regional sea levels rise is vital for the improved safety of life and property at sea and for coastal zone management. WMO has launched a dedicated programme to help small, vulnerable islands to use weather, marine and climate services. This will contribute to the implementation of Sustainable Development Goal 14 – Conserve and Sustainably Use Oceans, Seas and Marine Resources for Sustainable Development.

Because the ocean is a global commons, strong international coordination is needed to ensure regular and sustained observation. To track how the ocean is warming and changing, WMO co-sponsors the Global Ocean Observing System. This coordinated system encompasses networks of ships, buoys and other observation instruments and is led by the Intergovernmental Oceanographic Commission (IOC) of the United Nations Educational, Scientific and Cultural Organization (UNESCO).

Technological advances are revolutionizing our ability to systematically monitor the ocean and thus understand its role in weather and climate. The Argo array of more than 3 000 drifting floats is providing continuous data from the upper 2 000 m of the ocean; these data are then freely distributed. WMO collaborates with the maritime industry to ensure continuous weather and ocean observations from Voluntary Observing Ships and ocean-based observing platforms. To improve observations in hard-to-reach regions, WMO has initiated the Year of Polar Prediction (mid-2017 to mid-2019). The WMO-hosted World Climate Research Programme is promoting the Polar Challenge competition, which will reward the first team to complete a 2 000-km continuous mission under the sea ice in the Arctic or Antarctic using an autonomous underwater vehicle.

Despite these advances, vast stretches of the ocean are still understudied. More long-term, sustained observations are needed for gaining a better understanding of natural and human-induced changes in the marine environment.

In addition to influencing the geography of the planet’s climate zones, the ocean causes the climate to vary over periods of weeks to decades through regular oscillations. Examples are the El Niño-Southern Oscillation in the tropical Pacific, the Indian Ocean Dipole and the North Atlantic Oscillation. Oscillations are caused when changing patterns of sea-surface temperature, atmospheric pressure and wind interact to produce climatic periods that are warmer or cooler, or wetter or drier, than normal.

With improved monitoring of the ocean and atmosphere and enhanced scientific understanding, scientists can increasingly identify and predict these oscillations – and thus the climate and weather. WMO Regional Climate Centres and Regional Climate Outlook Forums use this knowledge to produce consensus seasonal climate forecasts.

The ocean and climate change

Studying the ocean is also essential for gaining a better understanding of human-induced climate change. The World Climate Research Programme coordinates efforts to understand fundamental questions about the ocean and climate and how their interaction leads to extreme events.

The ocean stores most of the heat that is being trapped by humanity’s greenhouse gases and plays a major role in how climate change is progressing. It also absorbs some of the carbon dioxide emitted by human activities, causing sea water to become more acidic (or, more correctly, less alkaline). This is already damaging coral reefs and the reef fisheries on which some one billion people rely.

WMO coordinates efforts to study how the ocean and the atmosphere exchange gases and aerosols. In collaborationwith other organizations, such as the Food and Agriculture Organization of the United Nations, WMO is also supporting observations that are needed for a better understanding of how climate change is affecting marine productivity and fisheries. 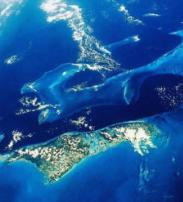 Supporting the safety of life and property at sea, integrated coastal management and the minimization of societal impacts from natural hazards through the provision of meteorological-ocean services. 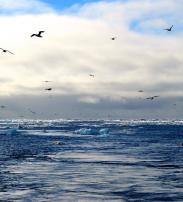